UFI welcomes Author Kathleen Collins. Thanks for Joining us!!

I love vampires. I always have. That’s probably why I write about them. Tonight I went to retro movie night with my kids. Before the show (Monty Python and the Holy Grail, in case you were wondering) they were showing previews for the next several retro nights. And playing at the end of October is one of my favorite vampire movies of all time, The Lost Boys.

There’s just something about that movie that sucks me in every time it’s on. I still remember the first time I watched it and my surprise at the ending. Below are my top ten favorite vampire films in no particular order.

11. Hotel Transylvania – My whole family loves this animated film. It’s hilarious. And as a bonus the sequel comes out this month
12. The Monster Squad – This eighties film covers not just Dracula, but several other classic horror movie monsters as well all being taken on by a group of kids. This one can be a little scary if you have sensitive kids, but mine love it.
So which favorites of yours did I miss? Are there any on my list that you just hate?
__________________________________ 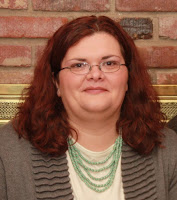 Kathleen Collins lives and works in Missouri. By day, she labors in the local prosecutor's office. At night she writes while surrounded by her husband, two boys and two loveable mutts. She is constantly thinking of her next project and loves to connect with her readers. You can fine her most often on Facebook or on her website. 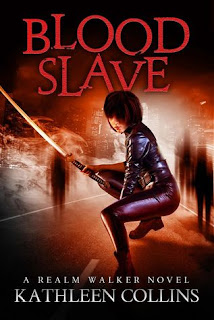 There are zombies in the Dead Zone and Juliana Norris is sent to take care of the problem. And for there to be zombies, there had to be bodies. When vampires are found to be the culprits, Juliana is sent undercover in the red light district of Kansas City. Lying to her mate, Thomas Kendrick, isn’t something she wants to do, but she’s in another vampire’s territory and Thomas would not be pleased. Besides, she’s more than capable of doing the job and she needs to prove it to everyone. Most of all herself.

The zombie Pomeranian yipped at Nathaniel in between growling and tugging at the leg of his jeans. Juliana pulled her foot back to kick the creature away from her friend and made ready to bring her sword down on it as soon as it was clear.


“Don’t,” Nathaniel protested as he held up a still-clawed hand. “You might hurt it.”


Her brows arched up into her hairline. “That would be the general idea.” The thing growled again and she looked down at it where it was doing its utmost to gnaw a hole through Nathaniel’s jeans. And she wasn’t entirely sure it would stop when it got to skin. I realize you have a particu-lar kinship with all things canine, but it’s gnawing on your leg.”


“Just my jeans.” Now back in fully human form, he bent and disengaged the dog from the denim.


“Easy there, boy. Good dog.” When the Pomeranian continued to express its displeasure with the situation in general and Nathaniel in particular, he lifted the beast above his head, looked at it nose to nose and growled back. Evidently recognizing an alpha even in its altered state, the dog curled in on itself and whimpered before darting its tongue out to lick Nathaniel’s nose. Juliana grimaced. Zombie breath couldn’t be pretty.


“See, he doesn’t mean any harm,” her friend said as he tucked the abomination under one arm. Their scruffy brown hair made them look surprisingly similar.
She blinked at him in disbelief before taking another look at the creature in question. When she bent closer, it growled and she straightened with a huff. “She.”


“She. Name tag says Fifi. Last time I checked that was a girl’s name.”


Nathaniel snorted in derision. “Fifi. What a prissy name.”

“Hate to break it to you, partner, but that is a prissy dog. And it smells like mold.”