I am a private person because I’m fairly shy. New places and crowds make me nervous. I have an autistic son and it makes it hard for me to do basic things.

As a mom of two boys and an independent author, I have little downtime. But writing is my passion so it does relax and energize me. In my other free moments, I enjoy reading, hanging out with my FB group,  road trips and talking too long on the phone with my BFF who now lives far away from me.


How would you pitch Fallen to someone who has not heard of it before?

Erin will never submit to the man that killed her best friend…no matter what destiny says.
It’s a story of fantasy, romance, revenge and redemption.


Can you tell us a little bit about the world that Fallen is set in?

The world of Regia is like a fairytale landscape filled with elves, vampires, werewolves, ogres, shapeshifters, and dryads. Each race has its own culture. Portals connect Regia to other worlds. A world of magic, Regia is uniquely beautiful and dangerous.


Do you have a favorite scene in Fallen?

I do! Erin has been fighting every element of being paired with Maddox, but in spite of that, he gets her blood heated and she decides one night to just give in. It doesn’t go as she planned. I’ll show you a tiny excerpt.


She marched up to the front door and knocked loudly.
He opened the door, his expression confused.
“What do you want?”
“You. I want you.”
“No,” his voice was ice and he slammed the door in her face.
She stood there and just blinked a few times. Was this a joke? She backed up a step, unsure what to do. She didn’t feel anything yet, she hadn’t processed what just happened. He opened the door again and stepped out shoving his finger in her face.
“I’m sick of being used for sex! I will not be used anymore, and especially not by you of all people. You and I will have something real, or nothing at all!” he backed up and slammed the door again.
Erin wrung her hands, totally discombobulated. Yeah, okay. That just happened.

The more books I write, the harder it is to answer questions like this. I would have to say Tesla from the original series, The Legends of Regia. She was both my favorite and the hardest. In this magical setting, she is, for lack of a better term, special needs. Having my own special needs child, my emotions were fully wrapped around this character. The pain and isolation she faces is acute, but in the end she saves her whole world. She is my ultimate champion and in a way, a tribute to my son. 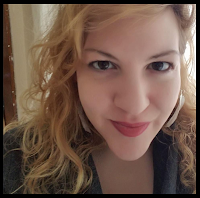 Real life sucks. I bet you feel like that sometimes, maybe even right now. That’s why I write fantasy. I need to escape depression, bitterness, bills, illness…I could go on, but you get it. In the pages of fiction, I can slay the dragons, triumph over the bad guys, be immortal, and never struggle with love handles. For a short time, I can let it all go, and be everything I can’t be in real life. Maybe you’re hurting right now. Maybe you’re in the waiting room of the hospital, or just stuck in traffic. I’ve brought a portal. Come with me…Let’s ditch this crappy popsicle stand and go somewhere great, where we can forget all this, at least for a while.

That’s why I write. I’m not an author, I’m an escape artist. 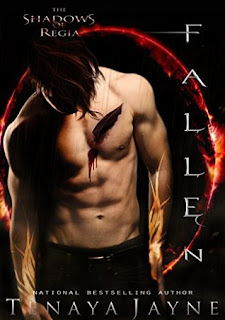 
Destiny is a heartless bitch.

Half vampire and wealthy playboy, Maddox lives his life in the public eye and thoroughly enjoys his bad reputation. But what most people believe of him is not who he really is. Life has always been easy for Maddox, but now a dark figure moves through the shadows slaughtering innocent young women, and the evidence points at him as his exes start turning up dead with his name carved into their skin.

Erin hates everything Maddox stands for and when her best friend becomes the most recent in the line of mysterious killings, she has no doubt the rich lothario is responsible. Torn by grief, Erin decides to take matters into her own hands and she will stop at nothing to make Maddox pay.

But when the two rivals finally come head to head, neither is prepared for the sparks that fly or the eternal bond that destiny weaves between their souls. Maddox is desperate to keep Erin by his side and prove to her his innocence.  Erin would rather die than submit to being his destined life mate… And her death is just what the killer has in mind. 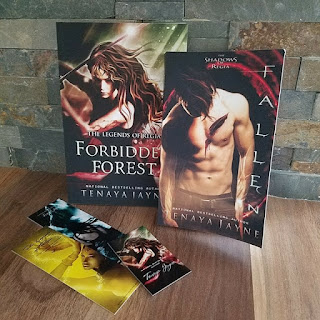 Urban Fantasy Investigations is so excited to participate in Berkley Bookmas and we’re closing out this event with a bang and hosting Lora Leigh! Berkley Bookmas has been chock full of exclusive content from authors like exclusive excerpts, deleted scenes, author recipes and more! Check out all the goodies that have been shared these past two weeks HERE 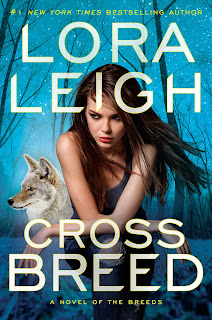 It’s been over a decade since she was introduced as an unforgettable eight-year-old in Elizabeth’s Wolf. Now all grown up, Cassie is unique among the Breeds as a Coyote/Wolf mix. She has long known that her mate was somewhere out there, but he’s stayed frustratingly out of sight and beyond her senses. Cassie has decided to make her move and her mate is ready to make his. The Breed world will be rocked to its foundation as dangerous secrets are revealed.

One $100 Visa gift card, and a book/galley/bound manuscript by each of the authors participating