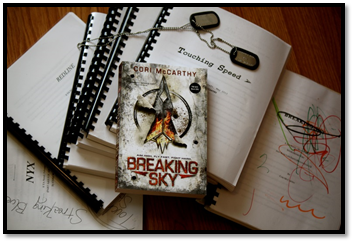 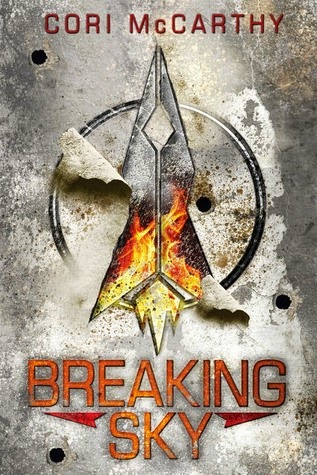 
In this high-flying, adrenaline-fueled debut thriller, America's best hope is the elite teen fighter pilots of the United Star Academy

“Strong characterizations, action, adventure, and emotion combine to produce a sci-fi novel that is more than just the sum of its parts.” —School Library Journal STARRED Review

“Nyx!” Riot bounded through the rec room. He leaped over the rope and wrapped Chase in a crush of a hug.
“I went to your room to catch you. Pippin said you were in Kale’s office.” His face pressed to hers in a way that made her want to pull away, but she gave him a quick squeeze instead.
“We thought you guys were going to die,” he said. “Didn’t we, Sylph?”
Chase let go. “Not even close,” she lied.
Riot was the tallest in their class but on the thin side for flight crew. He had an annoying habit of putting his chin on the top of her head, and yet he was quirky cute with kissable, full lips. “We tried to fly back out to you, but—”
Sylph elbowed him out of the way. “Keep it in your pants, Riot.”
__________________________________
Tour Wide 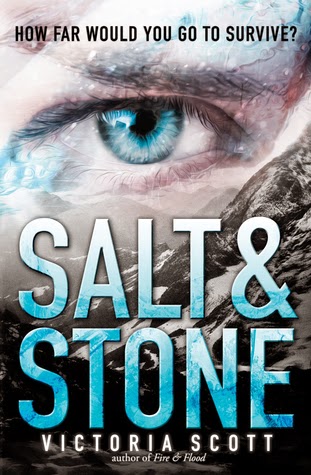 
What would you do to save someone you love?

In Fire & Flood, Tella Holloway faced a dangerous trek through the jungle and across the desert, all to remain a Contender in the Brimstone Bleed for a chance at obtaining the Cure for her brother. She can't quit--she has to win the race, save Cody, and then fight to make sure the race stops before it can claim any more lives. In the next legs of the race, across the ocean and over mountains, Tella will face frostbite, sharks, avalanche, and twisted new rules in the race.

But what if the danger is deeper than that? How do you know who to trust when everyone's keeping secrets? What do you do when the person you'd relied on most suddenly isn't there for support? How do you weigh one life against another?

The race is coming to an end, and Tella is running out of time, resources, and strength. At the start of the race there were one hundred twenty-two Contenders. As Tella and her remaining friends start the final part of the race, just forty-one are left--and only one can win.

Tella has really grown into herself throughout her journey in the Brimstone Bleed. She has made some loyal partners and she is well on her way to winning it all with them by her side. In FIRE & FLOOD she faced and conquered the jungle and desert portions of the race. In SALT & STONE she is faced with the ocean and mountains.

The secondary characters are a pretty big part of the series so I am going to take a moment to talk about them instead of going into the plot. I never really cared for the new boy or the new little girl that joined the group during the ocean portion in book 2. I knew instantly that something was up with the boy, it took a while but the truth came out. The little girl was way to clingy and 'innocent' acting to me. There was no way she would have made it this far, so I knew it had to be an act. HARPER is back like she promised and of course she has changed. It was a bit hard to see the changes, but she had the same goals she left with. I continue to love the Maddox and the other Pandoras. I love the way that they band together in SALT &  STONE and I love the way Tella treats them. There is loss in SALT & STONE, I won't say who it is, but I was heart broken right along with Tella.

On the romance front, there is a bit of trouble in paradise between Guy and Tella in book 2. I honestly felt Tella was being extremely stubborn most of the time, but I understood where her feelings where coming from. The progress between the two is slow, but it's real.

The danger continues to be real, the characters continue to break down the barriers set in front of them and the world continues to grow. The Brimstone Bleed did NOT end like I expected, but then again, I kinda expected that. Tella and her friends now have an IN with those behind the Brimstone Bleed, book three is going to be crazy.