The Dark Mermaid
By Laura Bickle

I’ve always been a little obsessed with mermaids.

When I was a little girl, my mom gave me a Sea Wees doll for my birthday. I knew instantly that she was a magical creature, both human and something other. She had brown hair and green scales. She floated in my bathtub on a foam lily pad. I took her everywhere with me, from climbing trees to my pillow at night. She heard all my secrets and dreams.

I carried that fascination with me into adulthood. I learned about the mythology of mermaids, of their roles in luring sailors to their deaths, their seductive singing voices. I came to feel that mermaids were complex creatures, that there was a dark side to these sirens that I didn’t see as a child. And I sought an opportunity to write about this idea.

Over the years, I’ve come up with several ideas and discarded them. None of them seemed quite right. I wanted the mermaid I wrote about – my mermaid – to be something more than an idea that sailors projected their fantasies on. Then I began to work on WITCH CREEK, and I knew that this was the story for the mermaid that had been swimming at the edges of my dreams for decades.

Muirren, the dark mermaid of the story, didn’t start out as a water creature. She began life more than a century and a half ago as a mortal woman, a witch and a singer. She allied herself with the alchemist of Temperance, Wyoming, a town built on the gold the alchemist conjured. For a time, they made magic together, raising the dead and chasing salamanders around the parlor. There was a sinister wonder in their relationship, I think, as they both sought the limits of magic in their time.

Inevitably, as with all volatile partnerships, there was a falling out. They fought, chasing each other through the backcountry of what is now Yellowstone National Park. The alchemist was the victor, and he dragged her back to his basement laboratory to become the subject of one of his many alchemical experiments.

Suspended in a glass tank, Muirren was given a mouthful of sharklike teeth, fins, and an appetite for flesh. The alchemist grew bored of her and cast her out. He imprisoned her in an underground river, where she would eventually starve, forgotten.

But Muirren has endured to the present day, eating the unhappy fish that have wandered into her territory. She’s tricked the new owner of the land to release her. For the first time in more than a century, she’s feeling the sun on her skin…and seeking the taste of human flesh. No fisherman or swimmer in the rivers and streams of Yellowstone is safe from her hunger.

Muirenn is a tragic character, possessing both magic and a desire for revenge. There’s a big part of me that’s rooting for her to finally have her day, to break the magic that’s kept her under its evil thumb. But Muirenn has other ideas, and she’s determined to devour anything she touches.

Obsessions are like that, I think. We place them on pedestals and tell them secrets…and they take on a life of their own. 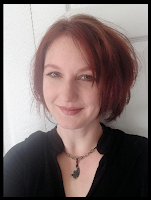 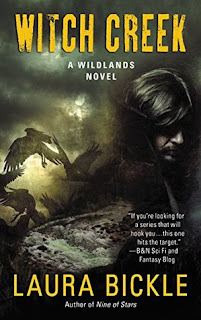 In the backcountry of Yellowstone, evil moves below the surface . . .

As the daughter of an alchemist, Petra Dee has battled supernatural horrors and experienced astonishing wonders. But there’s no magic on earth that can defeat her recent cancer diagnosis, or help find her missing husband, Gabriel. Still, she would bet all her remaining days that the answer to his disappearance lies in the dark subterranean world beneath the Rutherford Ranch on the outskirts of Temperance, Wyoming.

Gabe is being held prisoner by the sheriff and heir to the ranch, Owen Rutherford. Owen is determined to harness the power of the Tree of Life—and he needs Gabe to reveal its magic. Secretly, the sheriff has also made a pact to free a creature of the underground, a flesh-devouring mermaid. Muirenn has vowed to exact vengeance on Gabe, who helped imprison her, but first . . . she's hungry. Once freed, she will swim into Yellowstone—to feed.

With her coyote sidekick Sig, Petra must descend into the underworld to rescue Gabe before it's too late . . . for both of them.


Peering through the cattails, she saw a man with a fishing pole, standing on an outcropping. He seemed alone, caught in a bit of reverie, gazing at his line skipping along the surface of the water.
She dipped below the surface of the water, toward the shiver of the fishing line. With green-spotted fingers, she lifted the struggling fish from the hook. The line jerked away.
The man swore.
Muirenn lifted her head above the water.
“Holy shit.” The man stumbled backward. “I didn’t realize you were swimming there . . . I . . .”
His expression changed from embarrassment to curiosity as he looked at her. The pupils of his eyes dilated. “Who . . . are you?”
Muirenn gripped the fish close to her chest, giving a small smile.
The fisherman crouched on the rock, setting his pole beside him. “Wow. You’re uh . . . green? Is that real?”
Muirenn cocked her head and slipped forward a bit in the water. The edge of her tail skimmed above the surface.
“Is that like . . . one of those tails that the girls have at that park in Florida? For a movie or something?” His suntanned brow wrinkled. “No. That’s real,” he decided. “You, um . . . want the fish? You can have it.”
She was within arm’s length of him. She released the squirming fish into the water.
“You wanted to let it go? Look, I . . .”
The man talked too much. She swam closer, tentatively.
The fisherman looked at her, at her dappled skin and the dark rust hair spreading into the water. She wouldn’t ordinarily have been so bold. The weight off her tail was going to her head. She let him take in the black of her eyes, the gills on her throat. He gazed in wonder, and his fingers twitched to a small square piece of plastic on top of his tackle box.
“Can I take your picture? What . . . are you?”
A smile played across her lips, and she spoke to him in a silvery voice. “I’m the Mermaid.”
“Wow. I . . . wow. I’m, uh, Norm. Do I, like, make a wish or something?”
“You can, if you want. I’ll listen.”
She reached up with delicate fingers to touch him. Her fingers brushed the pockets of his fishing vest, playing with wonder over the bits and baubles there meant to lure the attention of fish. The man forgot about his camera and stared, transfixed.
Muirenn reached up for his collar . . .
. . . and dragged him down into the water.
He splashed and flailed. She brought him down—down to the bottom of the creek. It wasn’t so far, but it was far enough for a land dweller. He couldn’t fight her for long. He thrashed until his lungs grew heavy with creek water. He convulsed as the lack of oxygen reached his heart and filtered up to his brain. And then he stopped.
Muirenn grinned, showing row upon row of shark-like teeth. She ripped off his arm and began to chew. It had been so long since she’d had anything but the errant fish that wandered into her realm . . . this was a meal worth waiting for.
The creek ran red.
Red as the idle red-and-white bobber drifting on the surface of the water.