Guest Blog & Giveaway: Beyond the Cell by Sara Tribble

UFI welcomes Sara Tribble Author of Beyond the Cell. Thanks for Joining us!!

The Banshee and its Song

My first YA novel, Beyond the Cell, has a banshee as a main character. Weird? Maybe a little, but not so much anymore since vamps and werewolves are running wild in literary. I thought it’d be fun to explore the idea that helped me shape my young banshee, Sonata Wilde, in today’s world.

When I was a kid, I lived in the country. Our old farmhouse was surrounded by corn fields and woods. I loved it. One summer night, I kept my window open, which was unusual because I was always a little scared to do this since there would be bats, June bugs, etc. hitting my window screen, but eventually I fell asleep. I woke up in the middle of the night and it took me forever to get comfortable, but when I did, something unusual hit my ears.

It sounded like a woman, really far away, singing. It scared the hell out of me. I didn’t want to know what it was, but the curiosity was killing me and I wanted to hear it better. I managed enough courage to climb out of my bed and go toward my window, listening intently. The singing continued, but it was so far away, I couldn’t hear the words only someone holding notes. I knew two things for certain: it was a woman and it sounded like it was coming from inside the woods.

I never actually considered it to a banshee, but stumbling across these characters in movies and other books really opened my eyes and I knew if I ever created a banshee, her singing would he hauntingly eerie and it would pull you in, regardless of your fear. My character actually expresses a memory in the book where she lures in humans and that is loosely based on my own experience and what could have been.

But if you want to hear it, you just might have to read the book. 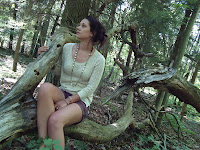 Sara Tribble was born in New York, raised in Michigan, lived in Texas then returned to Michigan. She has served as a Publishing Editor, published several short stories and is a freelancer when time allows it. Beyond The Cell will be her first published novel. Currently, she still resides in Michigan with her husband, Jessie.

She really hopes this will not be her one and only novel, which is probably why she stays busy writing short stories and manuscripts. 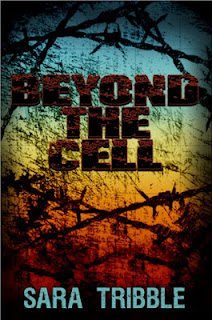 Hidden deep in the mountains lies a place that humans refuse to acknowledge exists.

It’s known as The Cell, a guarded and armored cage that imprisons all that remains of mythical beings and their families. This is where a sixteen-year-old banshee, Sonata Wilde, is bound forever.

But forever is too long for Sonata and her desire to escape grows stronger, forcing her to sacrifice and risk everything to try and be free once again