Thanks so much for hosting today’s stop on the tour! For those who don’t know me, my name is Lori Sjoberg. I’m the author of Grave Attraction, a paranormal romance. I’ve always been a sucker for a strong heroine, one who isn't afraid to confront her worst fears, uses her brain to get out of sticky situations, and maybe kicks a little ass in the process. They're the types of heroines I personally want to read about, and they're also the types of heroines I enjoy writing.

Here are just a few of my favorite strong and/or kickass heroines from books, movies, and television. It took a bit of work to whittle it down to just ten, so make sure to leave a comment and let me know which ones I missed!

Usually, I include Leia on my list, but after watching Star Wars: The Force Awakens, I think the torch has passed to Rey. She’s smart, resourceful, and if she runs into trouble, she isn’t going to wait around for somebody to rescue her. I can’t wait to see how her character develops over the next two installments of the new trilogy.

Clarice Starling – Silence of the Lambs

In both the book and the movie, Clarice was an intelligent and tough FBI agent-in-training who refused to be held back in a male dominated field. She kept her wits about her as she went toe-to-toe with Hannibal Lecter and took down Buffalo Bill.

Haunted. Driven. Fierce. I'm still in awe of Linda Hamilton's transformation from mousy waitress to buff, gun-toting warrior bent on saving her son - and the world - from Skynet. Look at those biceps!

Buffy was the antithesis of the helpless girl who gets slaughtered in every horror movie. Imagine fighting vampires and demons while dealing with high school angst. That alone earns her a spot on the list!

Scully was the consummate skeptic, only believing what could be proven through science. She examined each case with a critical eye, searching for a plausible, scientific explanation. Late in the series, she became a believer, but it took a heck of a lot of convincing!

Éowyn – The Lord of the Rings: The Return of the King (book and movie)

A noblewoman of Rohan and also a shieldmaiden, Éowyn isn’t about to sit back and let the men do all the fighting. And that’s a good thing, since she manages to kill the Witch King during the Battle of the Pelennor Fields.

Let’s be honest, she was the brains of the entire series. If it wasn’t for Hermoine, the boys wouldn’t have survived long enough to battle You-Know-Who.

Before taking her sister’s place in the games, she was the glue that held her family together. Resilient, rebellious, and more vulnerable than she realizes, Katniss not only survives the games, but she also inspires a rebellion.

Former WWII combat nurse, Claire Fraser, gets the surprise of her life when she steps into a stone circle in Scotland and ends up two hundred years in the past. Not only does she need to find a way to return to the present, but she also has to deal with a determined English soldier who wants to know all of her secrets and the Scottish clansmen who suspect she’s a spy (or maybe a witch). And then there’s one James Alexander Malcolm MacKenzie Fraser to consider….

A shifter who’s over four hundred years-old, Marlena’s seen her fair share of action. She’s fierce, smart, resourceful, and loyal, but she’s never recovered from the loss of her mate many years ago. Imagine her surprise when she encounters reaper Adam Javorski and realizes their connection run soul-deep. 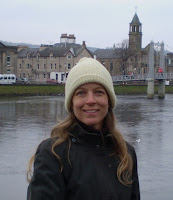 Lori Sjoberg is the award winning author of the GRAVE SERIES. She lives in Florida with her husband and four-legged fur baby.

You can read more about Lori at http://lorisjoberg.com/ 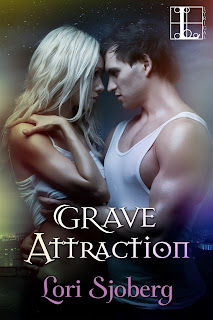 
He’s a reaper who works by the book. But a sexy shifter will have him changing the course of fate just to be with her—if a killer doesn’t get to her first...

After four years as a reaper, helping souls cross into the afterlife is a job Adam Javorski has finally gotten used to. But when he arrives at the site of a serial killer’s latest victim, finding a living—not to mention gorgeous—hostage is the last thing he expects. The young woman captivates him in a way no one ever has—so much so, he breaks rule number one by helping her escape…

Marlena Walther doesn’t remember the man who rescued her. But when she sees Adam again, she recognizes him instantly as her soul mate. While the two work together to track down a killer determined to finish what he started, their undeniable attraction draws them even closer. Now Adam is the only one who can protect Marlena from a vengeful murderer—if he’s willing to sacrifice everything for her.

“Who the hell are you?” Her husky voice sounded harder than iron, but her eyes were wide and unblinking.
Adam didn’t answer. He was too busy appraising the locks. With enough time and the proper equipment, he could override the electronic keypad. Unfortunately, he lacked the luxury of either. Besides, it wasn’t his business. As a reaper, his obligations lay with the dead. He had no right to interfere with the living. Those lessons had been drilled into his head countless times. Always collect your appointed souls. Do not alert humans to our presence. Do not question Fate. And for the love of God, do not alter destiny. His mentor’s words echoed in his ears, the only thing keeping him from running to his truck for a hacksaw.
Frustrated, Adam balled his hands into fists. If he had a lick of sense, he’d leave the house before he did anything stupid. But something about the young woman called out to his soul, tugging so fiercely he found it impossible to turn away. A deep sense of connection flashed through his blood—swift, strong, and given the situation, completely inappropriate. He’d never experienced anything like it, and it knocked him completely off balance.
His phone vibrated in his back pocket, jarring him from his thoughts.
“Get your ass out of there,” Martin said when Adam answered the call. “Your boy’s on his way back to the nest, and it looks like he brought company.”
Shit. According to his notes, the killer worked alone. Since when had he recruited a partner? “All right, I’ll be there in a minute.” Adrenaline surged through his veins as he disconnected. There wasn’t enough time to break the blond free. But what kind of man would he be if he left a defenseless woman in the hands of psychos? Fuck destiny. The least he could do was give her a fighting chance at survival. To the best of his knowledge, she wasn’t fated to expire any time soon, and in his book that made her fair game.
“Hey!” the blond shouted when he stormed out of the room, fear rising in her voice. “Come back! Let me out of here!”
The sound of the garage door opening shot Adam’s pulse into overdrive. With time running out, he rushed to the kitchen and grabbed the cordless phone from the charging station. He dialed as he walked, and by the time he reached the back room, a 911 operator had picked up the call.
“Please state the nature of your emergency,” a woman said on the other end of the line.
Adam shoved the phone through the narrow steel bars. His gaze locked with the woman’s long enough to insert a mental suggestion.
You’re at 816 Heron Cove. I was never here.
She stared at him, a puzzled expression on her face as he turned and raced for the exit. He heard her speaking to the emergency operator, and relief flooded his heart. With luck, the police would arrive within minutes and free the poor woman from captivity.
The sound of a car engine shut off in the garage. Adam’s pulse pounded in his ears as he flicked off the lights and yanked the front door open. As he stepped over the threshold, he heard the creak of the door that connected the garage to the kitchen. Quietly, carefully, he closed the front door, praying they wouldn’t notice the unlocked dead bolt.
Not looking back, Adam ran to the truck and slid behind the wheel.
“What took you so long?” Martin’s nose crinkled. “Dude, you smell like roadkill.”
Adam shot him a withering glare as he turned the key in the ignition. “What did you expect? It doesn’t smell like fucking lilacs in there.” He twisted his neck and sniffed the sleeve of his shirt. Yep, he reeked of death, which meant a shower and a fresh change of clothes before heading out to the bar. After he clicked on his seat belt, he reached over and switched on the police scanner.
Martin glanced down as Adam adjusted the dial to pick up the right frequency. “What are you listening for?”
“Nothing.” The code for a drunk and disorderly came over the speaker, followed by an officer acknowledging the call and stating that he was en route. What the hell? Where was the dispatch to save the woman? Maybe they’d already made the call and he’d missed it. He drummed his fingers against the gearshift, hesitant to leave the scene until he knew an officer was on the way.
Martin’s thick eyebrows furrowed. Even in the darkened space of the cab, it was obvious he wasn’t buying Adam’s bullshit. “What did you do?”
Before Adam had the chance to think up a lie, another call came over the scanner. Possible kidnapping and murder, suspects armed and dangerous. Dispatch advised officers to approach the scene with no lights and no sirens. Good. At least they were taking the call seriously. From the sound of it, one of the units was close enough to arrive in under a minute. Thank God. Adam slipped the truck into gear and pulled away from the curb. The last thing he needed was to get dragged into a multiple murder investigation.
Martin’s mouth dropped open as they sped past the killer’s house. “You didn’t.”
“What was I supposed to do?”
“Your job.” Martin let out a grunt of disgust. “Fucking Boy Scout. You know better than that. Samuel’s gonna tear you a new one.”
“Only if he finds out.” The memory of what happened to his mentor sprang to mind and an icy ball of dread settled in his stomach. Samuel always found out.