UFI welcomes Author Gail Z. Martin. Thanks for Joining us!!

My new Night Vigil series (first book, Sons of Darkness) is set in Pittsburgh, and draws on a lot of history, legend and lore around that city and Central Pennsylvania. Mixing real and made-up details to make a believable framework for urban fantasy is a little bit of history, and a little bit of magic.

In Sons of Darkness, demon-hunting former priest Travis Dominick works with the misfit psychics of the Night Vigil to fight supernatural creatures and malicious paranormal activity. When a series of disappearances, suicides and vengeful spirits cause havoc and death along a remote interstate highway, Travis teams up with former special ops soldier and monster-hunter Brent Lawson to end the problem with extreme prejudice.

I lived in Pittsburgh for ten years, and I’m originally from north of the city, so I always enjoy the chance to use it as a fictional setting. This isn’t the first time—the Iron & Blood series I co-write with my husband, Larry N. Martin, is set in an 1898 alternative history version of the Burgh. And our Spells Salt and Steel series, starring Mark Wojcik as a mechanic/monster hunter, is set in Northwestern Pennsylvania. I’ve also used Pittsburgh—and the main characters in Sons of Darkness—in Dark Rivers and Lucky Town, written under my Morgan Brice pen name (urban fantasy MM paranormal romance).  And my Deadly Curiosities series might not be in Pittsburgh (it’s set in Charleston, SC) but it still requires weaving fact and fiction to make a satisfying urban fantasy setting.

When I start a new urban fantasy, I begin with the history. What’s the back story of the real city? What battles, scandals, bloody uprisings, spectacular disasters or odd occurrences happened there? You can’t make this stuff up because it’s too amazing, and those details not only add authenticity, they can change the whole path of your story for the better.

Then, because everything I write involves the paranormal and supernatural, I look for the local ghost stories, hauntings, famous tragedies, urban legends and local lore. I have shelves of books of local and regional ghost stories, and I find a lot of good ideas online. I always check out what the local paranormal investigation groups are doing, where they go, what pictures they take. Ditto the urban explorers, who go where others fear to tread. It’s amazing what a few searches will turn up—and even if it’s not directly usable, it always gets me thinking of new possibilities.

In Sons of Darkness, I use a real ghost town—Peale, Pennsylvania. But the adjacent Cooper City is entirely my creation, based on bits and pieces of many little PA towns I’ve known in my life. Sometimes I will fictionalize a place, business, or person because I’m going to use it in a negative way, and don’t want to offend anyone or have legal repercussions. Mostly I do it so that I don’t have to worry about not getting a detail right—if I make it up, no one can tell me I got it wrong! I’ve used real historical figures in my books, mostly in a positive light (unless history documents their misdeeds). 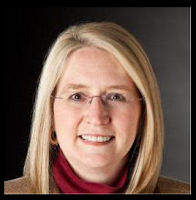 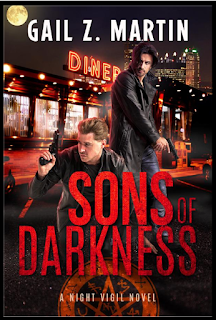 Sons of Darkness
The Night Vigil #1


A demon-hunting ex-priest teams up with a former FBI agent to solve a series of supernaturally-instigated deaths and disappearances.

Demon-hunting former priest Travis Dominick works with the misfit psychics of the Night Vigil to fight supernatural creatures and malicious paranormal activity. When a series of disappearances, suicides and vengeful spirits cause havoc and death along a remote interstate highway, Travis teams up with former special ops soldier and monster-hunter Brent Lawson to end the problem with extreme prejudice.