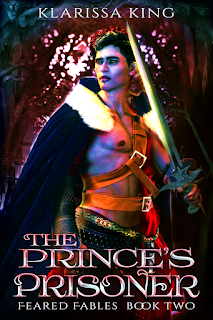 A dark fae prince. A stolen human girl.
And an unwanted marriage.
Not all beasts can be redeemed...

Callie doesn’t believe in fairy tales. Too bad they believe in her.
The fae whisk Callie and her friend off to be prisoners of an eternal dance. But Callie is stolen again.
Maybe the eternal dance wasn’t so bad after all…
A lethal fae has taken her as his unwilling bride, and she has to balance between life and death in his castle, while finding a way out of the dangerous fae realm. Only, she’s playing games with the Prince of War.
The Prince learns just how far Callie will go to save her friend from a lifetime of torture—and just what she will do to save herself from his clutches.
Callie must escape the wicked prince before she turns from prisoner to prey. But as the prince himself tells her, ‘Sacrifice is no noble thing in the fae realm.’
Everything in the fae realm comes at a price…

The Prince’s Prisoner is a Dark Fae Retelling of the original Beauty and the Beast. Don't expect Disney's tale to even flicker on these pages.
Second book in the anthology series, Feared Fables. Can be read as a stand-alone. Please be aware of themes.


His eyes touched to hers in the reflection of the mirror.
As he slipped off his shoulder pads, he said, “You should not have touched them.”
Callie shoved forward, away from the arch. Her feet slapped against the floor. “What do you want from me? We made a deal, but I’m still trapped.”
Rain removed metal chains from his torso. He kept his back to her, but his eyes followed her in the mirror.
“I want to go home,” she said. “Tell me how to do that—”
The chains crashed to the dressing table.
Callie flinched, and suspected that he’d meant to throw them down hard.
The danger clutching to his words when he spoke confirmed it. “This is your home now.” He turned to face her and leaned back against the table. “We had a deal. It is final.”
“But—” Callie blinked at him, her brows knitting together. “I promised you something in return for helping me. You haven’t set me free yet.”
“I released you from the dance,” he said. “And while you rested, I took your part in the bargain.”
Thoughts of the shared bed sprung to Callie’s mind. A twist of bile coiled in her belly. “What do you mean you took my part?” she whispered, horror wiping her face clean.
Rain’s eyes flashed with outrage. His chin raised, and he looked down his nose at her.
“It is not what you accuse,” he said darkly. “I made you my wife.”
Callie choked on a gasp. “You—you did what?”
Rain’s face remained impassive. “I married you. That was the price of your freedom from the eternal dance.”
“You married me?” shrieked Callie.
Rain folded his arms over his chest. His biceps pressed against the thin black leather of his armour.
Callie’s hands furled into fists.
“You don’t know me! You don’t love me!” Her fingernails cut into her palms. “Are you insane?”
Rain pushed himself from the dressing table and moved toward her.
Callie recoiled and stumbled back.
He might have strolled, but there was a lazy danger in the way he moved, like a tired beast, ready to attack at any moment.
She only stopped backing away from him when she connected with the wall.
He followed, caging her between the wall and his body, his eyes fuelled by a silent fury. 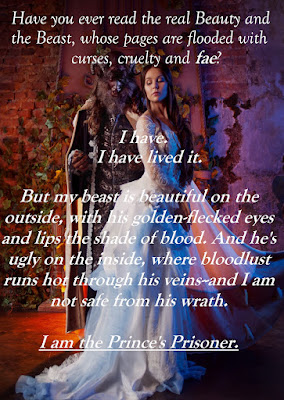 When not writing, Klarissa can be found in bed poring over a great new release, or reluctantly walking her demanding dogs who pretty much run the house.

She is the writer, Isla Jones. Isla uses the pen-name Klarissa for fantasy, while using Isla Jones for her darker, grittier horror works to help separate the styles and genres for her readers.