Early Series Review: The Sisters of the Craft Series by Lori Handeland 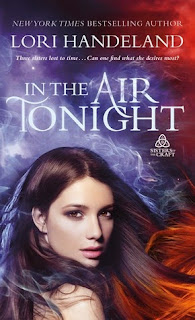 Four centuries ago, in a small Scottish village, three baby girls escaped the wrath of a witch hunter. Today, one young woman will learn about her secret history, her heart's destiny, and the sisters she never knew she had... 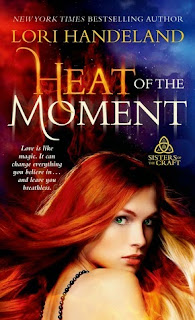 A spell that tore three sisters apart is broken four hundred years later, when the magic in their blood reunites them. Now, one of them will discover her gift—and reignite a love long thought lost…

Flame-haired Becca Carstairs was born to be a veterinarian. Since childhood, her affinity for animals has been special, and her healing touch nothing short of magic. But only Becca knows the truth—that she alone can hear the creatures’ voices. She’s always trusted her sixth sense… until a string of missing pets, an attempted murder, and a face from her past converge into one explosive mystery, with her at its center.

Is haunted Owen McAllister, the boy who broke her heart ten years ago, related to the sinister crimes that have peaceful Three Harbors, Wisconsin, on its guard? Or is his reappearance part of the answer to questions that have troubled her all her life? As Becca delves into her strange heritage, she’ll have to fight for her life… and the man she will always love. 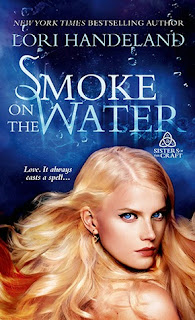 Abandoned beneath a black willow tree on the banks of a northern Wisconsin creek, Willow Black spent her entire childhood in foster care. Her entire life she's had terrifying visions, and it is these visions that eventually land her in a psychiatric facility. And so Willow takes her meds and believes she is getting better. Until she meets a fellow patient who doesn't think she is crazy at all. She thinks Willow is a witch.

Willow's psychiatrist, Dr. Sebastian Crane, works hard to resist his feeling that he and Willow are destined to be together while also working to convince her that strange occurrences aren't the result of witchcraft… until he is thrown into the middle of a storm of supernatural events that can't be explained any other way…

**WARNING: I stayed away from spoilers, but this review talks about all the books in the Sisters of the Craft Series**

You can't read one of the books in the Sisters of the Craft series without reading them all so I decided to write a series review instead of individual book reviews.

IN THE AIR TONIGHT follows Raye. I found her to be strong and loyal, but lonely. Being adopted has made her a bit of an outsider in the town she great up in, but she doesn't really have a want to go anywhere else. Bobby drew her attention pretty quickly and they had a lot of chemistry. He has some issues believing in the supernatural so has a hard time with Raye's abilities.We learn a lot about where the sisters come from and why the conflict exists in IN THE AIR TONIGHT.

HEAT OF THE MOMENT follows Becca. She has a great family and never knew she wasn't a blood part of it. She is independent, confident in her career, but we find out that she is still heartbroken over her teenage love OWEN. They both have to work through their pasts to make it to the future stronger and together. I really loved Reggie. I don't know how someone couldn't, he was a great addition to the story.

SMOKE ON THE WATER follows Willow. Everyone, including Willow thinks she's crazy. She currently resides in a psychiatric facility. When the man she's been having visions of for years walks into her life as her new psychiatrist she doesn't know what to think besides the fact that they belong together and he is going to save her. I don't have a ton of thoughts on the events of SMOKE ON THE WATER that revolves around getting to know Willow. That part of the story was a little slow, but I enjoyed the addition of Mary in her story and it really drew the other books into the story before the sisters actually all met up. The relationship between Willow and Sebastian wasn't as smooth as the other couples, but it really couldn't be easy because of where they were and their relationships.

I actually loved each of the sisters in their own way. They were all able to complement each other and work together from the start. Each book did a great job in continuing the major storyline and building up the world it takes place in. The story was wrapped up nicely at the end of SMOKE ON THE WATER and although I would have loved to read more about the sister's futures, I was happy with the way things ended. The Sisters of the Craft series gave me a great few days of reading. If I was you, I would wait until they are all out so you can read them back to back.

I gave the series 4/5 stars