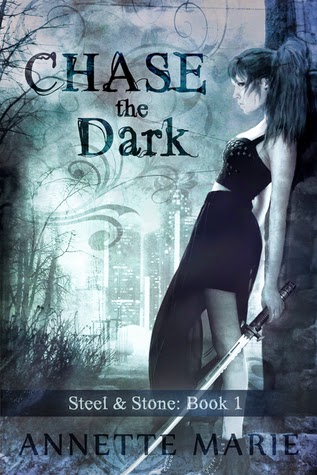 
Piper Griffiths wants one thing in life: To become a Consul, a keeper of the peace between humans and daemons. There are precisely three obstacles in her way.

The first is Lyre. Incubus. Hotter than hell and with a wicked streak to match. His greatest mission in life is to get Piper into bed and otherwise annoy the crap out of her. The second is Ash. Draconian. Powerful. Dangerous. He knows too much and reveals nothing. Also, disturbingly attractive — and scary. Did she mention scary?

The third is the Sahar Stone. Top secret magical weapon of mass destruction. Previously hidden in her Consulate until thieves broke in, went on a murder spree, and disappeared with the weapon.

And they left Piper to take the fall for their crimes.

Now she’s on the run, her dreams of becoming a Consul shattered and every daemon in the city gunning to kill her. She’s dead on her own, but there’s no one she can trust — no one except two entirely untrustworthy daemons... See problems one and two.


Piper was a bit annoying at times with her stubbornness and pride, but she quickly became a character I enjoyed following. She is training to be a Consul and all she wants to do is prove herself worthy. only she doesn't feel her father gives her the chance. When her father and the Sahar Stone go missing and sends her on the run she has to team up with Lyre and Ash to figure out what's going on and clear her fathers name.

Both Lyre and Ash give you reasons not to like them, but you can't help like them anyways. Ash is a giant mystery and you tend to look for anything that might give you another glimpse of who he is. You can tell he cares about Piper, but he holds himself back due to what he is and who has him under their thumb. Lyre makes his attraction to Piper known and every turn, but Piper isn't in to him. They are pretty funny together and I think their friendship brings a lot to the story. I'm really rooting for Ash and Piper to pull together some how. I know it will be a crazy ride, but they compliment each other and they work well together.

There are a lot of obstacles and bombs thrown at Piper throughout the story. She doesn't always react the best way, but i really admired her perseverance. The story is pretty fast paced with a lot of action and drama. You never quite know what will happen next and that brings a lot of suspense to the story. Don't like the cliffhanger ending, but it has be defiantly interested in continuing the series.