The Phoenix
By Laura Bickle

The phoenix is a tricky bird to nail down.
Most of us are familiar with the myth of the phoenix – the flaming bird that self-immolates and is born again in its own ashes. The poet Hesiod called the phoenix the “brilliant one.” It’s a creature of the sun, returning after hundreds of years to burn and burn again, following the dictates of its internal life cycle. Even after all that fire, it remains an essentially immortal creature. In The Precepts of Chiron, Hesiod observed:

“A chattering crow lives out nine generations of aged men,
but a stag's life is four time a crow's,
and a raven's life makes three stags old,
while the phoenix outlives nine ravens,
but we, the rich-haired Nymphs
daughters of Zeus the aegis-holder,
outlive ten phoenixes.”

We have a sense of a timeless, shining creature, remote and apart from the world of mortals. Even alchemy saw the phoenix as the pinnacle of transformation. In alchemy, the bird was said to represent the escape of the soul from the physical world. The alchemical cycle is complete with the phoenix’s appearance, only to begin again.

It sounds like an esoteric, pretty thing, doesn’t it? For PHOENIX FALLING, I wanted to explore the terrifying side of the phoenix as the bringer of endings. Rather than a creature of luminous plumage quietly building a nest to recreate itself, I imagined a bird of fire, an elemental creature that might have been summoned by an alchemist, long ago, to the tiny town of Temperance, Wyoming.
Temperance was founded over a century ago by an alchemist, Aldus Lascaris. He’d discovered the secret of turning rocks to gold, and had successfully created an empire from that wealth. But the townsfolk suspected that he had dodgy dealings with otherworldly powers, and burned his house down. At least…that’s the story. The truth is much more complicated than that. Lascaris was driven to his home, where he sought to complete his alchemical Great Work, by summoning and joining with a phoenix. It was only then that he would be able to achieve immortality and the ultimate power he sought.

Unfortunately, an angry mob interrupted his ritual, and he burned. Lascaris’s alchemical experiments disbursed into the backcountry of what’s now Yellowstone – undead cowboys, basilisks, carnivorous mermaids. The alchemical Tree of Life continued to stand, waiting for the return of the phoenix and the return of Lascaris.

Petra Dee, a scientist, has maintained a healthy sense of skepticism surrounding the magical wonders populating Temperance in the present day. But she’s been forced to believe in magic. She’s acquired a coyote sidekick who may or may not have a bit of the Coyote with a capital “C” behind his luminous eyes. She married the last of the immortal cowboys, the Hanged Men, who fly into the shadows in the shapes of ravens. And magic has even allowed her to cheat death…she’s discarded her dying body in favor of a shiny new doppelganger body, courtesy of a homunculus cooking in the local bartender’s basement.

Petra has seen and tasted otherworldly power. But she’s never seen anything like this firebird torching the back country. Wildfires threaten to consume all she holds dear – the park, Temperance, and even the Tree of Life itself, her husband’s source of power.

The magic of Temperance must awaken to stop the phoenix…and that may even include the return of the first alchemist of Temperance himself. Even in death, Lascaris seeks to control the phoenix and gain the power to achieve his ruthless ends. 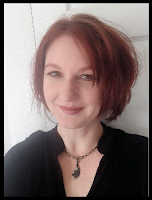 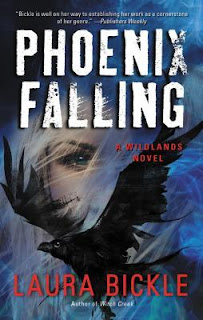 
Laura Bickle, the critically acclaimed author of Nine of Stars and Witch Creek, returns with a fiery new chapter in her celebrated Wildlands series.

In the Yellowstone backcountry, a merciless source of evil carries a torch for the past…

Petra Dee and her immortal husband, Gabe, have been trying to gain a toehold in what passes for ordinary life in Temperance, Wyoming—

a wickedly enchanted land founded generations ago by the alchemist, Lascaris. Petra may be adept when it comes to the uncanny, but as a reasoned geologist, Petra still can’t fathom the wildfires suddenly engulfing Yellowstone National Park, or why Gabe claims to have seen the sky explode in flames. The answers could lie in the past.

It was a dreadful night in 1862 when Lascaris went harvesting for souls, only to be set upon by townsfolk determined to eliminate the root of all evil in a trial by fire. Petra can’t help fearing that Lascaris has crawled out of the ashes of history to wreak vengeance—and to complete his mission by claiming every vulnerable soul in Temperance.

With the help of Gabe and her coyote sidekick, Sig, Petra must now venture into Lascaris’s shadow before he turns her world into an inferno burning out of control.

“Bickle is well on her way to establishing her work as a cornerstone of her genre.”