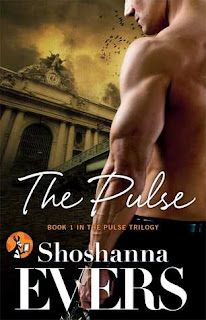 It’s been one year since an electromagnetic pulse destroyed America’s infrastructure and took down the power grid, throwing the country into a new Dark Age. Emily Rosen lives in a military camp at Grand Central Station, where women act as the soldiers’ private harem, selling their bodies on the tracks for extra rations. Emily escapes Grand Central and goes on the run from the soldiers intent on killing her for the secret she’s discovered—America is rebuilding outside of New York City, and everything the city’s refugees have been told is a lie.

Christopher Mason, a convict who broke out of prison after the Pulse, finds Emily before the soldiers do. Mason’s survived on the streets of New York City this long by looking out only for himself—but there’s something about the beautiful young woman that makes her impossible to leave behind. Now Emily must convince this intimidating, magnetic stranger to be her protector and guide as they journey out of New York and into the unknown. For Mason’s protection, Emily barters the only thing anyone’s valued since the Pulse—her body. But sex with Mason can never be just currency—it’s pure passion, and everything she desires.

*Please note that this is an x-rated kind of book and my review talks about it.

I had many issues with this book. I felt the language was extremely vulgar for the circumstances. The women of the story were raped and forced to prostitute themselves for food and the terms used just didn't flow with that to me.

Emily escaped and was scared and broken yet when she met Christopher she threw herself at him and talked about how wet he made her. She was captured and brought back to grand central and one of the soldiers forced her to go down on him. When she got away and was back with Christopher she had flashbacks of the soldier making her do that and could not go down on him. Just didn't make sense to me that she had flashbacks from this but not the year of hell she just escaped.

At one point Christopher shot and killed someone who was attacking Emily and she totally went off the deep end of being mad. After all the things she was forced to do and endure I felt her reaction was overblown and didn't fit.

Every second Emily and Christopher are doing it. They are in a car trying to sleep yet they just have to have sex right then. They are in an unknown town with unknown people in the next room yet HAVE to have sex. Christopher leaves Emily at the town yet as soon as she comes upon him again they jump each other to have sex.  They just seemed to have the urge at every inopportune moment of the book.

Other than those issues the story was decent. The pacing of the story was good and the world building was interesting. I don't feel that I will bother with reading book 2 unfortunately because I couldn't stomach the character that will be the female lead.