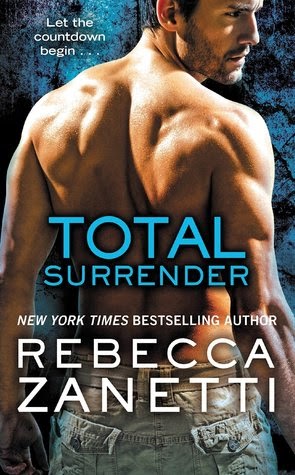 Piper Oliver knows she can't trust him. They warned her that the tall, dark, and sexy black-ops soldier Jory Dean would try to win her over with his steel-gray eyes and deadly charm, but she won't be conned by this man they call a traitor. All she has to do is figure out the science necessary to save his life, and she's done. Something isn't adding up, though, and she won't rest until she uncovers the truth-even if it's buried in his deep, dangerous kiss.

A passion she can't resist...

Jory will do anything to reunite with and save his brothers-even kidnap the gorgeous woman who's working to deactivate the deadly chip in their spines. But the forces determined to destroy his family won't let them go so easily. Keeping Piper alive is more than he bargained for-and so is his burning desire for her. But with every second bringing him closer to certain death, can he afford to lose himself in her hot and willing embrace?


We've been waiting and waiting and Jory's story is finally here. Piper was stubborn and a little too naive. She is a total bad ass when it comes to computers and hacking and she is working on fixing the prisoners chip problem before the deadline comes and he dies from it. Jory is strong and loyal. He misses his brothers and is ready to escape and get back to them. The only problem is that the sexy woman that is working on his chip problem has gotten under his skin and now she's in danger and doesn't believe him.

The connection between Jory and Piper is there from the beginning, but Piper has a lot of things to work through before she gives in. I was pleasantly surprised by some of the answers we got in book 4 and the constant twists in the storyline kept me glued to the pages. I loved how the new characters (even those that seemed to not matter) fit into the storyline. There has been a major showdown in every Sin Brother book and TOTAL SURRENDER'S showdown is even better because of all that happened.

TOTAL SURRENDER was a great way to finish out the Sin Brothers series, but I am still left wanting more. There is still so much story potential and I want to see what happens next with the Dean brothers and their families. Things were left off in a way that makes me think there could be a spin-off? One can hope!