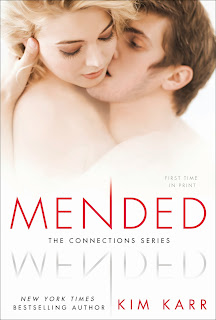 MUSIC HAS THE POWER TO HEAL ALL…BUT NOT ALL BROKEN HEARTS CAN BE MENDED.

Always in control, Xander Wilde considered life on the road to be a perfect fit for him. But when disaster strikes on the Wilde Ones’ latest tour, fate intervenes…and a newly single Ivy Taylor, the only girl he has ever loved, steps back into his life.

After moving past her painful breakup with Xander years ago, Ivy was poised to become the next big name in pop music…when suddenly she withdrew from the limelight—the same day she announced her engagement to her controlling agent, Damon Wolf.

Xander knows he should keep his distance. But once they’re on the road, he can’t resist pursuing her for a second chance. Yet a jealous Damon can’t let her go—and he’s keeping dangerous secrets that could destroy them all.

When the three of them come together, everything falls apart. But if Xander and Ivy can hold tight to the bond that connects them, they just might have a chance at reclaiming the powerful love they thought they had lost forever... 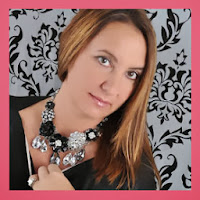 I live in Florida with my husband and four kids. I've always had a love for reading books and writing. Being an English major in college, I wanted to teach at the college level but that was not to be. I went on to receive an MBA and became a project manager until quitting to raise my family. I currently work part-time with my husband and full-time embracing one of my biggest passions—writing.

I wear a lot of hats! Writer, book-lover, wife, soccer-mom, taxi driver, and the all around go-to person of the family. However, I always find time to read. One of my favorite family outings use to be taking my kids to the bookstore or the library. Today, my oldest child is in college and my twins are juniors so they no longer go with me on these outings. And although I don't need to go to the actual store anymore because I have the greatest device ever invented—a Kindle, I still do. There's nothing like a paperback. So now my four year old and I make dates out of going to the bookstore--it's time I love and cherish.

I like to believe in soulmates, kindred spirits, true friends, and Happily-Ever-Afters. I love to drink champagne, listen to music, and hopes to always stay young at heart. 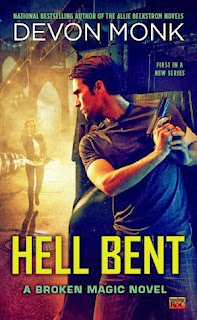 Instead of the deadly force it once was, magic is now a useless novelty. But not for Shame Flynn and Terric Conley, “breakers” who have the gift for reverting magic back to its full-throttle power. In the magic-dense city of Portland, Oregon, keeping a low profile means keeping their gifts quiet. After three years of dealing with disgruntled magic users, Shame and Terric have had enough of politics, petty magic, and, frankly, each other. It’s time to call it quits.

When the government discovers the breakers’ secret—and its potential as a weapon—Shame and Terric suddenly become wanted men, the only ones who can stop the deadly gift from landing in the wrong hands. If only a pair of those wrong hands didn’t belong to a drop-dead-gorgeous assassin Shame is falling for as if it were the end of the world. And if he gets too close to her, it very well could be...


I have seen mention that you don't have to read the Allie Beckstrom novels to jump into the Broken Magic Series but I have to tell you that you will most likely be seriously lost. Without the background on the characters, their relationships, the reason for the broken magic I don't see how you could possibly enjoy all that the Broken Magic Series has to offer. Don't let that stop you from reading HELL BENT, just read the Allie Beckstrom Series first. You wont be disappointing.

Alright, I admit it, Shame can be pretty depressing at times but he has a way of getting under your skin and you can't help but root for him even when he is being a brooding jerk. He is having a really hard time controlling his death magic and fears he is going to hurt someone he loved. He also refuses to let Terric (his soul complement) help him. You know their struggles by reading the Allie Beckstrom Series but it is even worse as HELL BENT starts. I enjoyed watching their progress with each other and the way they band together to get through their current situation. I really loved jumping back into the Allie Beckstrom universe and catching up with all the characters.

The first book in the Broken Magic Series lived up to its predecessor. I believe I read that the series will only be two books long but if the second book is as good as HELL BENT I will be happy. On another note, I think Shame deserves a 'happily ever after' type of ending and he definitely doesn't get it in HELL BENT so I hope STONE COLD goes better for him.