UFI welcomes Meredith Allard Author of the Loving Husband series. Thanks for Joining us!!

Thank you for letting me drop by, UFI!

It was a surprise to me when I came up with an idea for a vampire trilogy, especially since I wasn’t that into the paranormal/urban fantasy genre. As I began my journey into the vampire world, having decided to see if there was any meat to this crazy idea of mine about a vampire’s love for his long-dead wife, I noticed that some readers are very particular about how they like their vampires. I’ve seen more than one criticism that vampires these days are too soft. Vampires are bloodthirsty, angry, violent creatures of the night, they say. That’s what vampires have always been, and that’s what they always should be. Fair enough, since we all have our likes and dislikes about what we like to read.

I realized that I had an important decision to make as I was writing both Her Dear & Loving Husband and the second book in the trilogy, Her Loving Husband’s Curse. How violent were my vampires going to be? The main reason I had never been into the vampire genre was because I’m not a fan of violence in any way, shape, or form. I can’t even watch The Real Housewives because their heated arguments are too much for me. I’m not a wimp (well, maybe a bit), but it’s not entertaining to me to see people or animals being hurt. As I was deciding how brutal my vampires would be in their search for blood to drink, I had to consider what violence means to me.

I’m not fascinated by violence. To me, violence is the lowest common denominator. When we’re angry we want to lash out, physically or verbally, whether it’s with loved ones, the barista at Starbucks, at that guy in the gray BMW who cut us off in traffic. To me, giving into violence is weakness because it means I’m letting outside circumstances control my emotions and my behavior. And it seems, as I get older, that it’s becoming more accepted to be mean and rude and angry and violent.

Rising above that violence to be calm and rational, even kind, is an amazing thing, especially since it’s so easy to give into the anger. It takes an extra thought process, an extra determination, to overcome the fury. Now I was onto something. Overcoming our baser instincts to be better than we are. That fascinates me. And that’s the journey we’re all on—struggling to be better today than we were yesterday. 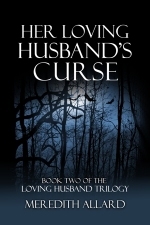 
How far will you go to protect the one you love?

Finally, after many long and lonely years, James Wentworth’s life is falling into place. Together with his wife, Sarah, the only woman he has ever loved, he has found the meaning behind her nightmares about the Salem Witch Trials, and now they are rebuilding the life they began together so long ago.

But the past is never far behind for the Wentworths. While Sarah is haunted by new visions, now about the baby she carried over three hundred years before, James is confronted with painful memories from his time with the Cherokee on the Trail of Tears. Through it all, the persistent reporter Kenneth Hempel reappears, still determined to prove that the undead walk the earth. If Hempel succeeds in his quest, James and Sarah will suffer. Will the curse of the vampire prevent James and Sarah from living their happily ever after? 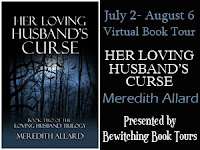