UFI welcomes L.M. Pruitt Author of he Jude Magdalyn Series. Thanks for Joining us!!

I’m a huge fan of history. Not just American history but history in general. One of my first obsessions was the Titanic—and no, I’m not talking about the movie. I read everything I could on the subject, did school projects, watched movies… you get the picture. To this day, I can—and will—discuss the topic at the drop of a hat.
As I got older, my interest in historical periods shifted into various sub-areas. I might not be able to tell you a lot about military techniques used by Cromwell’s army in the 1600s but I can talk about social activities, clothes, and behavior. And, one of my favorite subjects, household materials. I blame some of this on being a Sims player for years, but I digress.
The Crossroads, where the Covenant gathers and where Jude and various members of the books live, is inspired by real buildings and houses in New Orleans. Such as the one below: 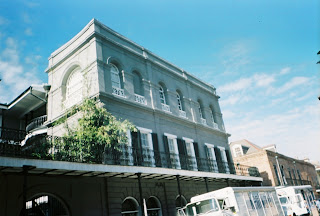 The house pictured above is actually the LaLaurie Mansion, the most haunted building in all of New Orleans. As you can see, it wasn’t uncommon for a wealthy family to be able to purchase and build a massive house in New Orleans in the seventeen and eighteen hundreds.
The ancesteral make-up of the Covenant is a mixed lot, heavy on the French and the Irish. There are numerous references to this, none so popular as the mention of the china. Waterford china, crystal and flatware has always been prized as a mark of class and money. And I’ll grant you, it’s pretty. 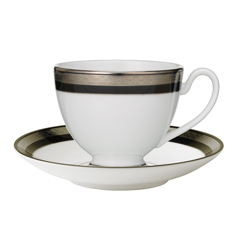 Remember what I said about being popular? It’s also expensive. Those two items will cost you more than $50 and that’s just for one set. When you remember that it wasn’t uncommon for there to be upwards of two dozen place settings…well, even given the depreciation rate (if you were to buy at prices of the 1800s), that’s a pretty penny to pay.
And this is just the place settings. Four poster canopy beds were common in various areas for various reasons. Some of them you’ve probably heard—during the summer you use mosquito netting to protect against bugs, during the winter you switched to heavier hangings (some say velvet, others damask), to keep the actual bed and the occupants warm. Below is a bed made in the 1860s, something that you’d be likely to see in any of the bedrooms at the Crossroads. 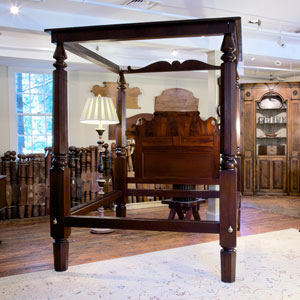 The next piece is a little older, built in the late 1700s. Today you’re likely to call it a china cabinet—if you have one—but at the time it would have been referred to as a buffet. Used to hold dishes and sometimes display objects, this one is ornately carved. 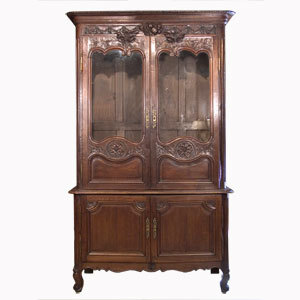 Finally, there are a lot of lamps in the Crossroads. Hey, there’s a lot of rooms. A goodly number of them are either authentic Tiffany lamps or Tiffany inspired. Why? Because just like in real life, the Crossroads is always changing—new acquistions are being made, things are being moved around… it only makes sense that the décor would change, too. I like to think this is something Jude would place in the nursery—a nod to tradition and yet fun at the same time. 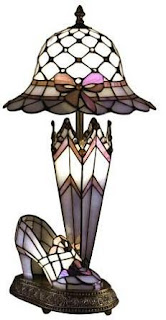 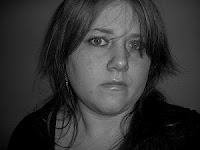 L.M. Pruitt has been reading and writing for as long as she can remember. A native of Florida with a love of New Orleans, she has the uncanny ability to find humor in most things and would probably kill a plastic plant. She is the author of the Jude Magdalyn Series as well as New Moon Rising, featuring Cari Gravier, and Taken, featuring Frankie Post. She is currently at work on the next book in the Moon Rising series, Harvest Moon Rising, due out April 2012. Ms. Pruitt makes her home in Florida with two cats--one smart, the other not so much.
__________________________________ 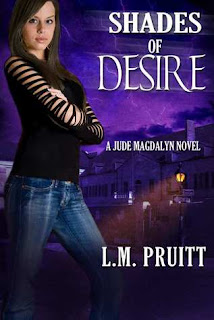 
All I wanted was a little peace and quiet.