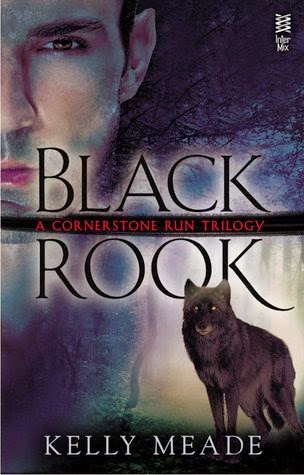 She never saw this coming…

Brynn Atwood is a low-level Magus whose unpredictable precognitive powers have made her an outcast among her people—and an embarrassment to her highly-regarded father. After a frightening vision in which her father is murdered by a loup garou man, Brynn decides to prove herself by finding the killer, and stopping them at any cost.

Her target is Rook McQueen, the son of a small-town loup garou Alpha. Despite being the youngest of three, Rook is first in line to inherit the role of Alpha, a duty he isn't sure he's capable of fulfilling. When Brynn finally meets Rook, she doesn't expect the attraction that draws her to him—and him to her.

No longer believing him a murderer, Brynn and Rook strike an alliance to find her father's real killer. But when his older brother is targeted by an unknown enemy, Rook will have to choose between his growing feelings for Brynn and his duty as the future Alpha of his community.

Brynn grew up as a low-level magus that never really fit in with the others around her. When she has a vision of her fathers death, he doesn't believe her so she takes it upon herself to try and prevent it. Her investigations brings her to the McQueens and she realizes everything she grew up being told just might not be true.

Brynn is cautious and a little hesitant towards the loup garou at first, but she really does well with being open with them and putting her trust in them. They in return brought her into the fold pretty quickly and treated her more like family than her own. Although there was an immediate attraction and pull towards each other, the romance between Brynn and Rook was slow to develop. Rook is in line to be alpha of his pack but a relationship with someone that's not full loup garou would have him giving up that position. Their connection by the end of the book was nice and strong.

I really enjoyed the pack dynamics. It was interesting to see how they interacted and live in their small town as well as how they interact and fight with/for others that are in other packs. The reader also gets a really good feel for the secondary characters. I was just as emotionally invested in Rooks brothers and his father by the end of the book as I was in Brynn and Rook.

Although I wish there had been a little more romance in BLACK ROOK the introduction to the Cornerstone Run Trilogy was strong. I already love all the characters that are going to be featured in the next 2 books so I am impatient to see what comes next.