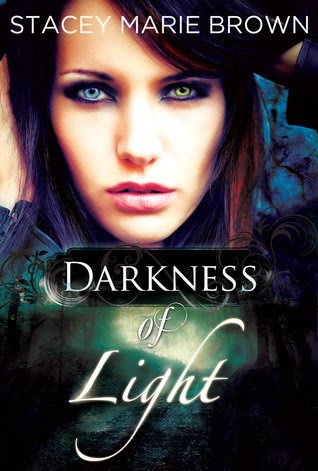 Ember Brycin has been called them all. She’s always known she’s different. No one has ever called her normal, even under the best circumstances. Bizarre and inexplicable things continually happen to her, and having two different colored eyes, strange hair, and an unusual tattoo only contributes to the gossip about her.

When the latest school explosion lands her in a facility for troubled teens, she meets Eli Dragen, who’s hot as hell and darkly mysterious. Their connection is full of passion, danger, and secrets. Secrets that will not only change her life, but what and who she is—leading her down a path she never imagined possible.

Between Light and Dark, Ember finds a world where truth and knowledge are power and no one can be trusted. But her survival depends on finding out the truth about herself. In her pursuit, she is forced between love and destiny and good and evil, even when the differences between them aren’t always clear. At worst, she will incite a war that could destroy both worlds. At best, she will not only lose her heart but her life and everyone she loves. Once the truth is out, however, there will be no going back. And she’ll definitely wish she could.

DARKNESS OF LIGHT was nothing like I thought it would be. It took me a while to dive in, but when I did, I had no trouble enjoying the story.

I really enjoyed Embers humor, perseverance and loyalty.  Her uncontrollable 'powers' do a great job of getting her in trouble and thanks to a local cop with a vendetta she is sent to a school for troubled teens. Although I really DID like Ember, there were a few moments where she annoyed me. I found that she got upset over silly things or just acted totally different towards something than she would have in another part of the book. She can never get a straight answer out of anyone around her so I think that might have had a bit to do with it.

Eli is a bad boy. We get little glimpses of his story, but get more questions than answers. The 'relationship' between Ember and Eli was frustrating. It is very hot/cold. One min. he acts like he likes her, the next she is dirt beneath his boot. He is always there to help her when she needs it, but acts like he hates her moments later. There is a lot of sexual tension between the two and when they forget themselves and give in it's pretty darn intense.

There was a great cast of characters in DARKNESS OF LIGHT. The author does a great job setting up the world and slowly revealing the information we need to know.  The story has a few predictable parts, but there are plenty of times you are kept guessing until the last min. I liked DARKNESS OF LIGHT so much that I grabbed copies of the rest of the series right after finishing it and was happy with the series as a whole.