UFI welcomes Juliette Cross Author of Soulfire. Thanks for Joining us!!

Why Urban Fantasy Turns Me On

Late at night, when I’ve put all work away and the kids to bed, I often lose myself in my favorite indulgence—urban fantasy novels. To me, they’re like dark chocolate, red wine, and a bubble bath all rolled into one.

So, what turns me on about this genre? Besides the inevitable tall, dark, and deadly leading man, that is. I could say “escapism” or “entertainment,” but those are truths that hold for all books. Even nonfiction carries us away from our own reality into another one. Let us dig a layer deeper, shall we?

I decided to look up the definition of “urban fantasy.” According to the wisdom of Wikipedia, it is “set in contemporary times and contains supernatural elements. However, the stories can take place in historical, modern, or futuristic periods…the prerequisite is that they must be primarily set in a city.” Okay, but it’s more than that. In my humble opinion, urban fantasy is true modern Gothic. In addition to the supernatural, there is an inevitable element of darkness and romance in the landscape, writing style, characters, and plot. This is also true of classic Gothic literature. My favorite novel ever is Jane Eyre, which happens to be classic Gothic lit, with its windswept moors, moonlit nights, and mysterious, brooding hero—Mr. Rochester. *Swoony sigh.* It’s no wonder that I’m inevitably drawn to urban fantasy.

Another similarity between classic Gothic and urban fantasy is the strong heroine and snarky banter between the love interests in the story. Aha! Now, we’re getting somewhere. So, here’s why I love it so much. The setting of this genre provides an exciting backdrop to feed my need for the dark and gritty.

The characters arouse that playful side as well as the intensity of new romance. Since the leading men in this genre tend to be alphas to the core . . . well, need I say more? They turn me into a puddle of goo in the best kind of way. (Aka, Barrons from KMM’s Fever series and Raphael from Singh’s Guildhunter series. Heart, be still!)

And the strong heroines, who tend to be flawed but badass, are surrounded by evil though they fight for what is good and just. These are the places I most long to escape to. Why? Because there is much darkness in real life. We need a sense of humor to survive as well as a reminder that love (romantic and otherwise) can defeat the evils of the world. 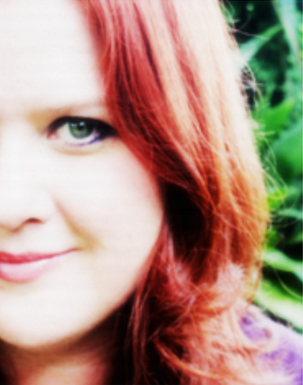 Juliette calls lush, moss-laden Louisiana home where the landscape curls into her imagination, creating mystical settings for her stories.

She has a B.A. in creative writing from Louisiana State University, a M.Ed. in gifted education, and was privileged to study under the award-winning author Ernest J. Gaines in grad school.

Her love of mythology, legends, and art serve as constant inspiration for her works. From the moment she read JANE EYRE as a teenager, she fell in love with the Gothic romance--brooding characters, mysterious settings, persevering heroines, and dark, sexy heroes.

Even then, she not only longed to read more novels set in Gothic worlds, she wanted to create her own. 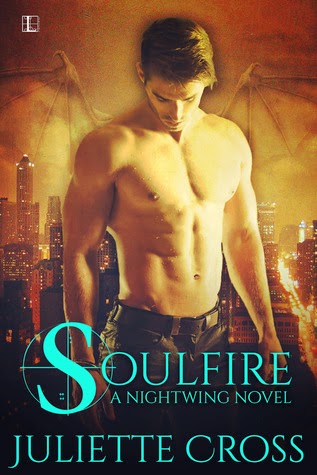 In a world divided by prejudice and hatred, only love can bridge the chasm.

Thousands of years ago, Radomis, the dragon king of the North, took flight on the last full moon of winter. Beating great, black wings, he soared away from his mountainous kingdom, lured by some unknown force to the sultry lands in the west where humans dwelled. Dragons and humans had always lived apart.

On this same night, Princess Morga honored the fertility rite of bathing under the full moon the night before her wedding. As she stepped from the natural steaming pool, rivulets of water glistened over milk-pale skin, ebony hair slicked over her breasts and down her back. The dragon king saw her. Instant desire ensnared his beastly heart. He descended.

Shifting into human form, a man of might and beauty, he murdered her guards and handmaidens. Horrified, Morga could do nothing when the dragon king took her in his arms, hard lust in cold eyes. The moment his tongue licked into her mouth, she felt the burning of soulfire—the dragon elixir meant for his one and only mate. Golden heat melted through blood and bone, filling her with euphoric pleasure, bonding her to him forever.

Radomis took her on the ground among bloody bodies and moon-shadows, intent to sate his hunger. One night would never be enough. Shifting into dragon form, he carried her in his claws back to his kingdom. She would be his queen, trapped in a gilded cage of opulence as the object of his endless desire.

From their union, a child was born—an abomination. A human body with dragon wings and dragon strength. The boy, Larkos, was outcast among dragonkind, including his father. Only Morga showed him any love.

When Larkos reached manhood, he wielded his rage with an avenging sword, tracking and killing all of dragonkind. Even in beast form, his father could not match him, finally falling to the forgotten son’s sword. What Larkos did not know was that soulfire bonded his loving mother to the beast in such a way that when his dragon-heart stopped beating, so did hers.

This is the tale I’d been told when my body began changing from child to woman, a warning for young girls to beware of Morgon men.

“Never stray from your own kind, Jessen,” my mother would say, “or you could end up like Princess Morga, a slave and outcast to be abhorred.”