UFI welcomes Author Jocelynn Drake. Thanks for Joining us!!

Is this your first time in Low Town – the setting of the Asylum Tales series?  I asked Gage Powell, local tattoo artist, to give you a quick tour of the city so you know all the great spots you need to visit.

I talked to that author I work with, Jocelynn Drake, recently and she mentioned that people were interested in visiting Low Town.  My first reaction was naturally, “You’re kidding, right?” but she was dead serious.    She suggested that I supply a quick guide to out-of-towners wanting a little adventure.

First, Low Town is in the Midwest, which means we get more snow than Florida and less snow than Montana each winter (unless the Winter Court decides to come to town and then you’re just better off vacationing at the South Pole because there’ll be less snow there).  In the summer, it’s hot.  Fry an egg on the sidewalk hot.  And no, it’s not a dry heat.

If you happen to be a shape-shifter, you’ll need to check in with the local packs to get approval to come into their territory.  Jackson Wagnalls is the alpha for the Low Town werewolf pack.  He’s an okay guy, but I wouldn’t mention my name since he’s not a fan of mine.  (I still think he’s blowing that whole Chihuahua thing out of proportion.)    Of course, if you’re a vampire, you’ll also need to swing by one of the local nests for approval as well.  We have two nests in town.  There are also several troll-friendly hotels in the area if you’re the type that’s extremely allergic to sunlight.

Low Town is like any medium-sized city.  We’ve got skyscrapers (the tallest being Lindner Tower).  We’ve got a zoo, theaters, and sports arenas, but you want the off-the-beaten path, 50-cent tour, right?

First, if you’re looking for something sweet, on the south side of town, there’s a little pastry and sweets shop called Brownie Delights.  I’ve been told that the things they do with chocolate are worth killing for (though they haven’t reported any deaths in over three years).  I don’t stop at the shop because I don’t trust the fey when it comes to food.

On the more adult end, there is a great tapas bar called Warm & Toasted.  The place has an excellent selection of wines, coffees, and empanadas.  Also, the place has become quite popular with vampires since they recently set up an agreement with local blood bank to keep in stock a few types of blood each night.  Just be sure to have your BBC (Blood Bank Card) on hand if you wish to order.  (Keep in mind this is the more slacks and collared shirt crowd.)

If you’re looking for more of the vintage rock T-shirt and jeans crowd, head over to Cock’s Crow.  The bar is wall-to-wall awesome with rock music blasted over the speakers when there isn’t a live band in the back.  The owner Dolan caters to all types.  He’s even set up some smaller tables on ledges near the ceiling for the pixies and faeries, but I wouldn’t advise sitting under them as they tend to spill their drinks as the night wears on.  The other nice thing is that since Dolan is a minotaur, the fights are kept to a minimum (except on Wednesday night – half-price shots and domestic beers for ogres and trolls).

If you’re a fan of good beer and German food, head over to Strauss Haus Restaurant and Bier Garten.  They have the best imported beer selection on tap in the city and Tuesday night is half-priced sauerkraut balls.  (But watch out for Fridays, there’s a wandering polka band.  Also, don’t mention my name to the seating hostess.  She’s a siren and doesn’t like me much at the moment either.)

For a real adventure, or maybe just a wild bachelor/bachelorette party, I suggest Miss Holly’s Hot House.  Hidden in a quiet neighborhood, the succubus-run brothel employs only succubi and incubi, and caters to nearly every fantasy.  (Don’t worry, they are regulated by the health department.)

And what visit to Low Town would be complete without a new tattoo to show your friends when you get home?  Asylum Tattoo Parlor is just down the street from Strauss Haus.  Get Trixie, Bronx, or me to give you some fresh ink.  Want to forget about this vacation completely?  I’ve got the right potion that can help with that too.

You’re going to have a great time in Low Town.  If not, I can help you forget!

[Dear Gage, Are you trying to scare people away? Also, this is a family-friendly site. I don’t think you need to include a BROTHEL in your highlights. Thanks, Jocelynn]

[Dear Jocelynn, I think most people need a trip to a brothel while on vacation.  I’m keeping it in. Thanks, Gage] 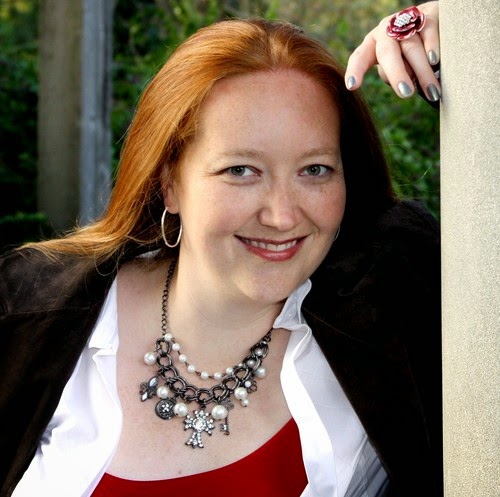 By day, Jocelynn Drake is a clean-cut financial editor, picking apart stories about Wall Street and the global markets. But in her free time, she writes about a dark underworld where vampires and warlocks rule.

The author of Dark Days and Asylum Tales series, she lives in Florida with her husband, dog, and cat. When she's not working on her next book, she's usually hiding from the sun by playing video games. 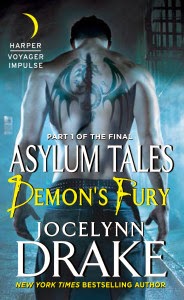 Powerful warlock and tattoo artist Gage has managed to escape the magical Ivory Towers who terrorize the rest of humans and monsters – but at a price. Now he must join forces with his nemesis Gideon to stop an unknown entity who is using old magic to commit gruesome murders. And if that’s not keeping him busy enough, an investigator recruits Gage to help her track a killer … who might be targeting tattoo artists. 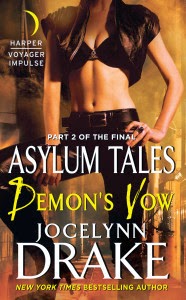 Tattoo artist and warlock Gage is having a rough week. He’s trying to track down a mysterious murderer in Low Town while also chasing a powerful entity using forbidden Death Magic across the nation. When Gage discovers the two forces may be trying to unite, the stakes get even higher. With Gideon’s help, Gage is determined to stop the murderers before anyone else gets hurt – including his girlfriend, Trixie. 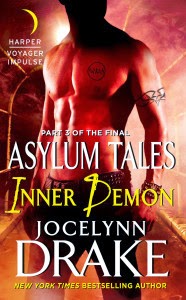 Gage is a powerful warlock in Low Town, where elves, faeries, trolls, goblins, and vampires walk free among humanity. But there are two dangerous entities murdering families and children, and Gage needs to stop them before anybody else gets hurt.

When Gage discovers a demon locked away it offers him access to dark magic in exchange for its freedom – a dangerous opportunity, but one that could save his loved ones. Gage must choose between what is right and what is easy … except he’s running out of time. 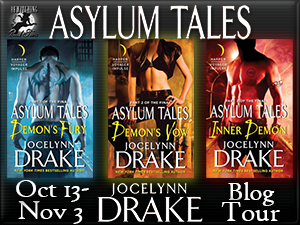