The Winner chosen by Rafflecopter is.....
a Rafflecopter giveaway
Congrats!! I have emailed winner who has 48 hours to respond with mailing address or I will pick another.
Posted by StacyUFI at 4:59 PM No comments:

Sometimes I read a book where I just don't have a whole review worth of words to say about it. (OR it could be that I have a backlog of reviews and I need to catch up lol) Hence the name quick thought reviews. These will be short and sweet. 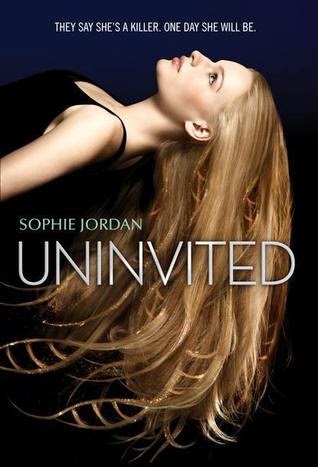 The Scarlet Letter meets Minority Report in bestselling author Sophie Jordan's chilling new novel about a teenage girl who is ostracized when her genetic test proves she's destined to become a murderer.

When Davy Hamilton's tests come back positive for Homicidal Tendency Syndrome (HTS)-aka the kill gene-she loses everything. Her boyfriend ditches her, her parents are scared of her, and she can forget about her bright future at Juilliard. Davy doesn't feel any different, but genes don't lie. One day she will kill someone.

Only Sean, a fellow HTS carrier, can relate to her new life. Davy wants to trust him; maybe he's not as dangerous as he seems. Or maybe Davy is just as deadly.

Loved this book. I wasn't so sure about it but once I started reading I just couldn't put it down.  The main character Davy has the perfect starting personality for what life has decided to throw her. Sean the love interest couldn't be more different from her but they seemed to really fit together from the beginning.

The characters are fantastic the world is creepy and well developed and the circumstances behind the events that take place will blow your mind. The story really was magnificent and I am really looking forward to the events in book 2. *Warning* Keep your tissues handy. 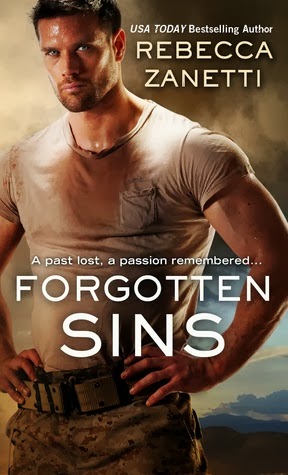 His Secrets Can Destroy Her

From the moment Josie laid eyes on sexy, mysterious Shane Dean, she was in love. Their desire ignited a passionate affair, and within weeks, Shane had slipped a ring on her finger. It seemed her every fantasy was coming true . . . until her new husband disappeared without a trace. Now, two years and one broken heart later, Josie is shocked by the hospital calls: Shane has been found . . . at a crime scene with no memory of how he got there.

Her Love Can Save Him

Shane can't remember the blue-eyed angel at his bedside—or who he even is—but he knows something isn't right. His hearing is razor sharp, his physical strength incredible, and the urge to protect Josie overwhelming. For powerful enemies are hunting him, and Josie is the key to discovering why. As Shane struggles to unravel his past, dangerous new truths come to light. Can he protect the only woman he's ever loved? And can Josie trust a man she thought she knew—one who carries such a deadly secret?

How does this cover NOT make you want to jump right in? OK imagine this, your madly in love with your husband but when day he leaves and never comes back. You are heartbroken and you hate that he left you. You have 'moved on' with your life and 2 years later there is a call from the hospital telling you that he has been found and all of a sudden he is back in your life. That is how FORGOTTEN SINS starts.

There is a lot of clashing and a lot of trust issues, It took a while until both Shane and Josie were on the same page but when they got there, it was SMOKIN'! The secondary characters are just as exciting as the mail couple. The storyline is well developed and the paranormal factor rounds it all out. I enjoyed this book so much I had to jump right into the second. Bring me more! 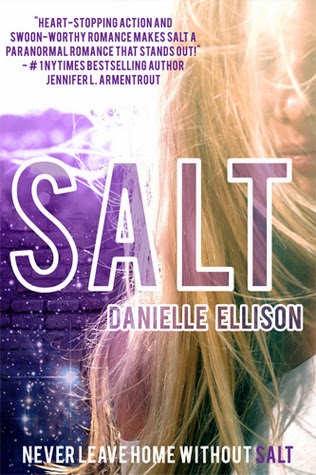 Penelope is a witch, part of a secret society protecting humans from demon attacks. But when she was a child, a demon killed her parents—and stole her magic. Since then, she’s been pretending to be something she’s not, using her sister’s magic to hide her own loss, to prevent being sent away.

When she’s finally given the chance to join the elite demon-hunting force, Penelope thinks that will finally change. With her sister’s help, she can squeeze through the tests and get access to the information she needs to find "her" demon. To take back what was stolen.

Then she meets Carter. He’s cute, smart, and she can borrow his magic, too. He knows her secret—but he also has one of his own.

Suddenly, Penelope’s impossible quest becomes far more complicated. Because Carter’s not telling her everything, and it’s starting to seem like the demons have their own agenda…and they’re far too interested in her.

SALT was one of those books that you enjoyed reading but don't have anything to really say about it when its over. The circumstances surrounding Penelope's missing powers and her struggles to become what she wants was intriguing. The characters kept my attention and the ending left me happy. There were some points that left me a little bored but I would pick up a book 2 when it comes out.

I gave it 3/5 stars
* This book was provided free of charge from Netgalley in exchange for an honest review. 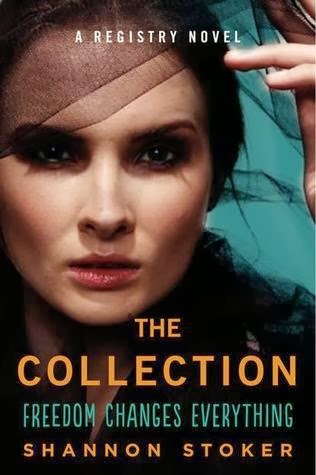 How far would you go to control your own destiny?

Mia Morrissey has escaped: America, the Registry, and the role she was raised for— a perfect bride auctioned to the highest bidder. She’s enemy number one to the world’s largest power, and there’s no turning back now.

From the moment she and her friends Andrew, and Carter cross the border into Mexico it becomes clear their troubles are only beginning. The young men are immediately picked up by a violent and omnipotent militia—The Collection—and it’s Mia’s turn to rescue them.

With time running out, her ex-fiancé’s henchman on her trail, and a dangerous tide shifting back in America, Mia will do whatever she has to. Even if that means risking everything and putting herself back on an auction block. The price of freedom is never too high…but what if the cost is her life?

I didn't find THE COLLECTION as exciting as THE REGISTRY but it was still enjoyable. The first half of the book revolves around Mia trying to get her friends back from those who took them. We meet a new character and she teaches Mia a lot in the short time they are together, I hope we see her in book 3. The second half of the book has Mia, Andrew, and Carter among new allies as they learn what they are all about and decide if they want to fight with them.

I was a bit disappointed in Carter. It made me sad to watch him and know what he is going to do in the long run while others risk their lives for him. The relationship between Mia and Andrew grows and I was happy to see that. Book 3 is going to be a crap storm, I can't believe where they will be off to or the events that might take place but I know it will be full of suspense and action. I am not sure when it will be out but it will be on my wishlist.