UFI welcomes Jennifer Silverwood Author of Silver Hollow. Thanks for Joining us!!


Abandoned Scene
Originally, I had the idea of Amie’s powers taking a very different route. In this draft I considered making her a time traveler because of Emrys. In the days when Emrys was a Seelie, just like Amie, they exchanged gifts when he brought her back to life in the back alleyway. Ironically enough, he had this gift because of her. In the final draft I decided to let the one who rescues him to be Nimue, Amie’s namesake. The following cut/altered scene and flashback is a glimpse into Emrys’s past. 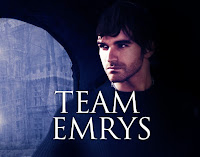 The cell was black as pitch, filthy with a hundred year stench. Same as it had been a hundred years ago. In two seconds another rat would inspect him and try to turn him into lunch. And he would swat it back into its corner with a piece of his daily meal three more seconds after.

He had always been good with time. Even in the days before people divided and sought to control its bounds. He had watched the sun rise and fall over a thousand different seasons of the world before the first quill was cut and inked, before they helped man to better speak.

The summer solstice had just begun yet he was not with his family to celebrate. He very much doubted whether any family was left to greet him even if he could escape, or if his mind would be clear enough to greet them.

Often the muted silence of his tomb would break beneath cries of tortured prisoners. He would listen to their silent prayers later as they clung to their chains. He would listen to the dreams they would never pursue or memories they would never meet anew. Always they wept over things he couldn’t remember or understand. And often he pondered the state of his mind. Had he gone mad? Had he buried his soul so deeply he could never feel again? The fact that it troubled him enough to ponder was proof he had not…yet.

Somehow he could remember the finder details of his life clearly. But everything else had become discolored as stained glass. Often his memories were painted blood red. He could not remember how he came to be here or why they refused to let him out. He knew because they had never placed another prisoner in his cell that most important truth. The only truth he could remember clearly.

Battles…an endless sea of warfare through bronze knives, spears, scythes and metal swords, white lightening and cracks of raw energy, nations rising and falling, land engulfed by tumultuous seas and himself at the edge of it all. Sometimes he was in the center. More often than not he fought from the shadows.

He loved the sunlight, each rise and fall, the way it made the colors of the world change.  His prison was midnight eternal. He had not seen the sun in a hundred years…

The rocks shifted before him. With squeaks and scuffles the rats, his only prison mates sought safety.

This time he could see the dim glow of silvery light peeking through the trembling stones. This is different, he mused. That or another dream…

Silvery light was growing brighter and brighter still, eating away stone until the circle of light ate the melting rock completely and a heavy cloud of dust coated everything inside the dungeon. It coated his lungs, yet he could not think enough to expel it. Blinking through the aftermath his vision swam with what was certainly, unmistakably sunlight now streaming through the giant hole left behind.

This has to be a dream.

Yet the sunlight wrapped round his chilled skin, blinded his eyes till he had to look away. His memories of the sun were never bright as this! For the first time in years he saw his tattered rags, the filth that coated mortar and table sized bricks. He saw the sliver of space marking his door and the holes where beaded eyes watched on.

He had forgotten so much. Forgotten his innumerable past, forgotten his name. Never in one hundred years had he believed in salvation. If he could not remember himself then why should anyone remember to save him?

The shift of broken mortar and faint grumbling brought his attention to the sun drenched rubble. Blinking only out of necessity—he would not miss seeing the first pair of human eyes he had known in a century—he breathed in fresh air and waited…

With the sun behind her stumbling figure, her features were at first too shadowed to make in contrast. Yet he had spent a lifetime in the dark and what he saw stole his senses.

Her eyes were green as the grass he barely remembered, face drawn round to her pointed nose. The sun highlighted her dark mane a golden halo that fell free of its ties in curled wisps about her face. Her trousers and tunic were very strange; boots better suited to a man yet all in all outlined the first woman to greet him in an age. And she was far beyond beautiful.

Her voice too was rich, smoother than the slice of a steel blade… “How could anyone do something this cruel?”

And he knew for certain this was not a dream when the tall woman lifted her hands and broke his bindings with a charge of silver energy. And then her arm was about his waist helping him stand.

“Come on. It won’t take them long to find what I have done.”

He smiled because her words sounded strange, because she smelled sweeter than anything in his peculiar memory and because her touch made him feel stronger by the moment. When they stepped awkwardly through the hole he studied her. He studied her profile until he knew he would never forget it, until he would always know how she felt beneath his hands.

She glared his way and said, “You think you could pick up the pace a little more?” She gasped when the shouts of guards rang behind them. “Not good…wait a moment!” Lifting her free hand, she let loose a rippling burst of silver energy and the tunnel began to tumble around them. Catching his eye she grinned. “Come on!”

The world shifted in his mind; forming from senseless numbness to hard reality the closer they came to the golden sky ahead. He clutched her tighter, age filled instincts taking over. Sweeping her up into his arms, he jumped out the beginnings of the hole she had forged through the castles defenses. His bare feet hit the muddy earth and did not stop running once they landed. It was not strange to him that he couldn’t remember how he was able to run so easily, to carry her so effortlessly through the village streets and beyond. His eyes adjusted with ease and didn’t bother with the shock they glimpsed on the villagers dirty faces, didn’t herald their fear or shouts.

It was only after they had cleared the village at the foot of the castle hill and entered the pathless forest in the valley below, that he realized his rescuer was yelling in his ear and beating his chest.

“Stop!” She commanded and he obeyed with a sheepish grin.

Of course, once the smile fixed itself he couldn’t force it away. Freedom, sunlight, air, life! It had so overwhelmed him he was finding it impossible to catch up. The unpredictability of it all blended with his arms round her tense form and glare from her stormy green eyes was better than the knowing.

“Are you crazy? You should have fallen ill long before now, not rushed me all the way to the valley! That village saw where we went! Now because of your foolishness we have run out of time!”

He blinked and suddenly understood everything she was saying. “Who are you?” His voice was rough from disuse and unfamiliar to his ears. So long had he dwelt in silence.

Her smile was brief when emotions began to dart over her expressive face. She opened her mouth to speak yet all her words stolen when the underbrush crashed above them.

“There they are!” shouted the castle guard. He turned to watch them descend the hill into the valley’s wood. Rather than terror all he felt was calm. He didn’t know how he knew, but these men with their swords and arrows were no match for him. So he counted their steps.

Twenty-three steps before they reached him…

Ten before the archers let loose their arrows…

Two seconds before she grabbed him by what was left of his tunic. “What are you doing? We need to run! There’s too many of them to try and be the hero!”

He only turned to her, still counting down in his head and grinned. “Trust me.”

She screamed when arrows pierced the earth around them in a deadly rain. His heart pounded, slow to his ears. As ever the motions outside his vision seemed to slow down as he sped up. He watched the gleam of their arrow tips against that of blades as they rushed them. Catching all the pent up energy stirring inside, he thrust his hands out on either side.

Screams filled his ears, the sun’s golden rays faded and bursts of blue, green and red lights preceded each rip and thrust of power that upturned trees by their roots, leveled the hill into a plain and sent men crashing into one another.

He turned one last time to find her open-mouthed soundless screams. Her eyes were emerald as fresh spring grass and had already sealed his fate.

To learn more about Amie and Emrys’s story, read Silver Hollow and uncover the mystery. 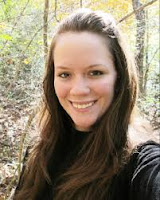 Jennifer Silverwood was raised deep in the heart of Texas and has been spinning yarns a mile high since childhood. In her spare time she reads and writes and tries to sustain her wanderlust, whether it's the Carpathian Mountains in Transylvania, the highlands of Ecuador or a road trip to the next town.

After attending three different universities without managing to square a degree, she decided to the next logical thing; become a writer. Always on the lookout for her next adventure, in print or reality, she dreams of one day proving to the masses that everything really is better in Texas.

She is the author of the Heaven's Edge series and Silver Hollow. To stay tuned, please have a gander at her website 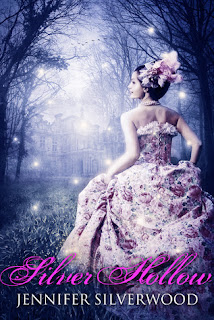 Amie Wentworth writes paranormal romances, not because she is looking for a degree in ectoplasm, but because she’s got bills to pay. Ever since her parents’ car crash, she has been led a reclusive life and trusted books more than people. Not even a letter from her long-lost uncle, begging her to visit, gives Amie incentive for anything other than ire – until she is stabbed in an alley and brought back to life by a mysterious stranger.

After crossing the Atlantic to her father’s homeland, Amie is dragged into the very sort of tale she is used to selling. Silver Hollow is a place of ancient traditions and supernatural dangers, where everything is the opposite of what it seems and few escape sane.

To make matters worse, the man who saved her life keeps turning up and her would-be-murderer is still at large.

But when she comes face to face with the ugly truth, will she too be sucked into her father’s madness? Or will she discover that madness is just another name for honesty? 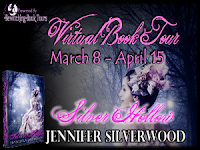