Promo + Giveaway: A Bite at the Cherry by Rita Stradling (@stradling_rita, @XpressoTours) 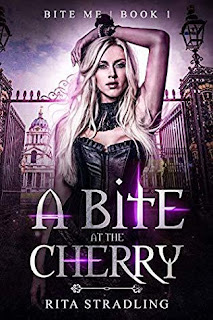 A Bite at the Cherry
Bite Me #1

Three things about Justin Roberts:
1. He’s a bully.
2. Our relationship is toxic.
3. He’s the only one who knows my secret.

A year ago, I woke in the morgue with a note in my hand telling me that I’m a vampire. I need blood or I’ll start killing people. Lucky for me, Justin has been sneaking into my bedroom and feeding me blood for a year, and the only price I have to pay for it is putting up with his cruel snipes and my unwanted feelings for him.

I just can’t figure out why he keeps coming back.

But all that changes when I’m offered a full-ride scholarship to Justin’s mysterious school, the elite Blackburn Academy, where I might finally learn about vampires. About myself. All I have to do is pass the grueling entrance trials, and the scholarship will be mine. Problem is, Justin doesn’t want me anywhere near his elite school and rich friends. He’s vowed to sabotage me.

Justin may have been feeding me blood for a year, but he doesn’t know who he’s up against.

But, Blackburn Academy is more than it seems. I’ll be facing more than what Justin Roberts alone can dish out.

Will competing in the trials be the new beginning I’m hoping for, or will it end my undead existence?

Justin stood and closed the distance. At first, I thought he was walking straight past me, but his hands came up and propped against the wall to either side of my head. His scent enveloped me, soapy with a sandalwood cologne.
“Woo-kay. You are definitely in my personal space bubble . . .” My voice came out embarrassingly breathy. Heart racing, I leaned back into the wall behind me, not sure how to feel about his closeness. My stupid butterflies were rejoicing, probably because it almost looked like Justin was going to be the one to kiss me. Lifting my brows, I asked, “Are you trying to scare me?”
He rolled his eyes up to the ceiling and sighed before his gaze fell back to mine. “No. But, if you’re heading off on a blood bag search, you’re going to need some blood to tide you over. It’s already been almost a week.”
Even though I tried to stop myself, my eyes slid over to Justin’s pulse. Perhaps feeling my gaze, he tilted back his head, showing me his neck. I’d only ever drunk from his wrist, but for some reason, there was something so much more enticing about biting him on the juncture where his neck met his shoulder. But the guy was just too tall.
“Should I …?” I reached up toward his wrist on my right, but Justin only stepped in closer, tilting his head even farther.
I leaned back against the wall. “Unless I grow five inches, that’s not happening.”
“How about I lift you then?” He moved in really slow, giving me time to object. His hands slid around my legs, and he scooped me onto him. Immediately, I wrapped my legs around his hips. My entire body thrummed at his nearness, soaking up his warmth.
Justin tilted his neck, showing his smooth expanse of skin. Pain radiated through my mouth, and the sharp prick of my fangs notified me that they’d fully extended.
“Are you sure?” I asked, my fangs thickening my voice.
“I’m the one asking for it.”
Needing no further encouragement, I pushed the points of my teeth into his soft flesh. Justin inhaled sharply, his breath expanding his chest. Over the past year, I’d perfected the amount of pressure to use. I bit down, pulled out, and then began to drink his salty, metallic blood.
While I drank, Justin carried me across my room and dropped my butt onto the counter. Knowing that it was the right thing to do, I unwrapped my legs from around him, but his hands were still wrapped around my hips and front pressed up against the length of mine.
Under my tongue, the punctures closed, no longer pumping blood into my mouth. I pulled away slowly as a familiar tingling warmth filled my body.
“Drink again,” Justin whispered, voice hoarse.
I ran my thumb over Justin’s pulse. “I don’t want to take too much.”
“You’re not, and if you plan to go off on your own, you’ll need enough blood to last a couple of weeks.” He pressed just the littlest bit closer and ducked his head toward mine, an almost mischievous glint lighting in his eyes. “Drink again, January. I double dare you.”
Shit. I wanted to. The warm feeling pumping through me was one of the best sensations in the world, and drinking more blood would only make that better. But, if I was going to end this, I had to do it, and this here was making me want to dive back down the Justin rabbit hole — more like Justin black hole.
Scooting back on the counter, I regarded him with what I hoped looked like a smile. “Let’s call it a night. And let me say again that what you did this year —”
Justin broke away from me, crossed the room, and threw open my door, leaving me mid-sentence. He didn’t even give me a chance to say a final farewell. He just took off. 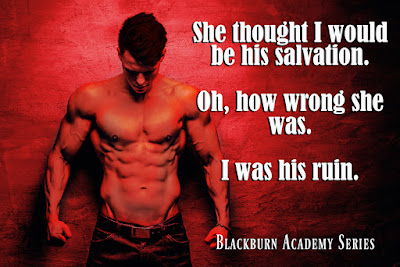 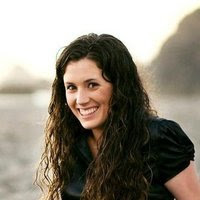 Rita Stradling is a USA Today Bestselling Author with an all consuming addiction to popcorn. The struggle is real, and it's also crunchy, buttery and often salty.

She also writes YA, NA and Adult romances about flawed people who find their perfect together (often these people are dragon-shifters, werewolves or have magical powers).

Rita believes in soulmates, happy endings and that love can overcome any obstacle.