UFI welcomes Imogen Rose Author of Initiation. Thanks for Joining us!!

I’ve never really liked writing, which I always thought of as a means to an end of getting A’s on my exams. The fact that I now enjoy writing is absolutely amazing to me. I’ve mentioned this in an interview before, but I can’t even type properly. I tap away using my two index fingers. :D

I never plan or outline my stories. Writing is an exercise in letting my mind wander and allowing the characters to take over completely. I become so invested in needing to know what’s going to happen next that I keep tapping the keys with excited anticipation. That thrill is what I enjoy the most.

No. I write anywhere I can sit down for at least half an hour, usually outside my daughter’s various after-school activities. I blank out the noise and the world as I write.

How would you pitch Initiation to someone who has not heard of it before?

It’s an adventure into the unexpected world of paranormal teens.

Can you tell us a little bit about the world that the Bonfire Academy series is set in?

The Bonfire Academy series is in the Gossip Girl world of paranormals.

Do you have a favorite scene in Initiation?

It has to be the one when Cordelia and Jagger synch. It came right out of the blue as I was tapping away on my keyboard, and writing it sent a little chill through me.

Cordelia was my favorite character in this book, probably because I was writing through her and feeling every emotion she did. I was startled when I discovered the secret about Mason, and I wonder where my imagination will take me with that character in the next book.

Imogen Rose is the author of the bestselling YA series, the Portal Chronicles. She was born in a small town in Sweden and moved to London in her twenties. After obtaining a PhD in immunology from Imperial College, she moved with her family to New Jersey, where she’s been based for the past ten years.

For as long as she can remember, Imogen has dreamt stories. Stories that continued from night to night, from dream to dream. So, even as a child, going to bed was never an issue, just an anticipation of the story to come.

PORTAL, Imogen’s first novel, would have remained in her imagination, to be shared only with her daughter, Lauren, had her eight-year-old not insisted that she write it down. In the course of a month, Imogen typed while Lauren waited eagerly by the printer for the pages to appear, and a novel took shape.

The warm reception PORTAL received encouraged her to continue with the story and the Portal Chronicles. The Bonfire Chronicles is Imogen’s new YA paranormal series. 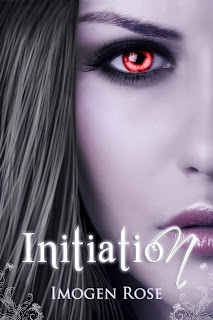 Set in the foothills of the alpine mountains in St.Moritz, this exclusive private school caters to a special kind of student. Enter at your own risk... but if you are human, you may not want to enter at all.

WARNING: This YA story is set in a school for paranormals who are very different from normal human teens. Thus, the language and some scenes might not be appropriate for younger YA readers. Recommended for those sixteen and above. 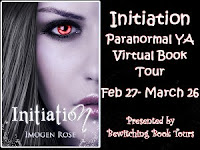 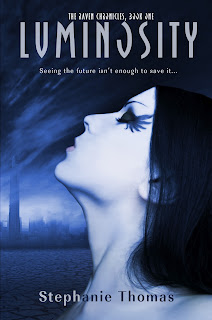