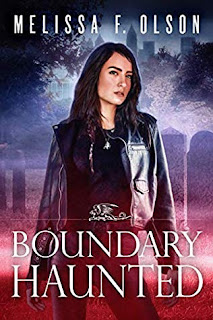 
Months after her battles in Wyoming, Allison “Lex” Luther is still struggling with the aftereffects of the psychic attack she suffered—and with the new developments in her own magic.

Then Lex’s boss, the cardinal vampire of Colorado, passes along a strange request from her counterpart in Atlanta. Hundreds of Civil War spirits have abruptly vanished in Beau Calhoun’s territory, and he wants Lex to figure out why. In exchange, Beau can help her understand boundary magic, which runs in his family line as well.

Despite her trepidation, Lex journeys to the Deep South, where she discovers that ghosts are everywhere…and that her host’s intentions are more complicated than he promised. It seems his teenage descendant is being hunted, and both Beau and Lex fear the young woman’s boundary blood may have made her a target.

With Atlanta’s history looming over her every move, Lex will have to face Beau’s ghosts—and her own—to prevent a boundary magic attack she never dreamed possible.


Lex is back and she isn't in Colorado anymore.

Lex is still having issues with the events in BOUNDARY BROKEN. She is having nightmares and she want's nothing to do with ghosts. Unfortunately she is needed in Atlanta and there are a lot of ghosts there.

I love Lex, but I also love the rest of her gang. We don't get much of them in BOUNDARY HAUNTED, but I didn't miss them as much as I thought they would. The storyline had a great flow and the action kept me waiting to see what would happen next. I had an inkling of what was happening early on, but the reveal was still great.

Another thing that interested me about BOUNDARY HAUNTED was learning a little more about Quinn's human past. I feel like we might be leading up to maybe more with him and the people he left behind when he was turned? Just a vibe I was getting.

I always enjoy Lex's adventures. I look forward to seeing where Olson takes her next.