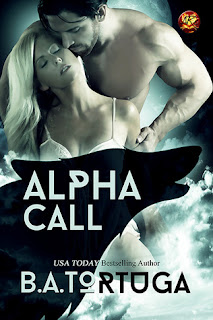 
These two sexy shapeshifters are playing to win.

Wendy isn't part of anyone's pack, not anymore. As a cop, she can handle anything, even getting rid of her evil ex. Too bad local werewolf alpha Brett has different ideas. He doesn’t care if Wendy wants to be a lone wolf. He has to protect all the wolves in his town. Including her. Especially her.

Wendy finds Brett irritating, overbearing and sexy beyond belief. Brett thinks Wendy is trouble with a capital T and hotter than the dog days of summer. Butting heads can be fun, but there are other ways to rub against each other. Intimate, lusty ways.

The sting when Brett, the big alpha of Boulder’s local packlands, popped her ass shocked Wendy down to the bone and she snarled, her inner wolf overcoming her inner cop in a fierce rush, everything in her reminding her that she wasn’t part of a pack. Any pack. The tiny burst of pain distracted her from the growing panic that she had been investigating the wrong perpetrators ever since the attack on Mike last night.
“You’re lucky I don’t have my sidearm on me, you fuck!” she snarled at Brett, teeth almost snapping at the air.
“I’m lucky? You probably would have drawn down on Stephanie here in the state you’re in if it wasn’t for me. I can fucking smell your panic.” Brett bared his teeth at her, growling, as if this was her fault.
“What’s going on?” Her best friend Stephanie was a sweetheart, a dear little wonder of witchiness, with her potions and rites and the constant scent of sage and rosemary. But some fights were for weres. Alone. And Steph wasn’t a werewolf.
“I don’t know, but she’s freaking out,” the big alpha said and casually shifted, moving halfway between her and Steph, separating them. That was a classic strategy, but she wasn’t a perp. She was here looking for evidence in Mike’s attack. Sweet, gentle EMT Mike, whose big crime had been taking Stephanie out on a date. Except that wasn’t the case, was it? This wasn’t about Stephanie. This was about Wendy and her past and the reason why she wasn’t part of a pack anymore.
“I am not freaking out!” Wendy caught herself yelling, that tiny bead of guilt growing since last night when she’d smelled something totally unexpected on Mike’s wound.
Not feral dogs, as the policeman in her had suspected. Not Stephanie’s jealous lovers, Shaw and Jordan, as the wolf in her had expected. No. She’d smelled the bastard who had been her worst nightmare, once upon a time.
“I don’t... Wendy? Honey?” Stephanie sounded so freaked out, stepping toward her.
“You just...” Wendy could feel panic creeping up inside her, and by the moon, that made her mad.
“Stop.” Brett barked, the command in the man’s voice undeniable, fierce.
Wendy rocked back on her heels and she fought the urge to howl. “I’m sorry.”
“Sorry for what?” Steph asked and came to her, hugged her tight, and damn, didn’t that make her feel worse? Wendy was the one who had accused Stephanie’s lovers of injuring Mike and now... “What’s wrong, honey? You can tell me.”
“I don’t know. I thought for sure I wouldn’t ever. This is all my fault.” Apologizing was hard. Wendy hated it.
“Nonsense.”  Stephanie sounded so sure.
“No. He followed me here. I can smell him now. I thought at the hospital I could, but it was so medicinal. He—” Jack was here. Jack, her crazy ex, had found her again, after so many years.
“He who?” Brett asked, voice sharp, getting right in her face. God, he was a fine son of a bitch, even if he didn’t know squat about her.
“It’s not your problem!” Wendy snapped, the guilt about Jack following her here, endangering others, making everything worse.
“My packlands, my problem.” Brett’s chest bumped into hers and she was reminded, rather forcefully, that wolf pack alphas were used to getting exactly what they wanted, the information they needed. Now.
“Guys. Guys, careful.” Stephanie started flailing, her panicky voice scraping along Wendy’s nerves like nails down a chalkboard. Brett grabbed Stephanie by the upper arms, shifting her away with surprisingly gentle hands.
“You’re an asshole. The goddamn alphas always are. I really need to find a town without a goddamn pack.” Wendy poked Brett in the chest with one finger, acting way braver than she felt.
Brett’s nostrils flared, then the man’s eyes went bright yellow. “Who is attacking people in my town?”
The scent of angry male hit her dead on, but it wasn’t Brett. It was another. Not right. Rotten and in wolf form. Jack.
“Shit!” Brett whirled before she even had a chance to respond, shifting to his own wolf form in a breath, and Wendy knew she knew she couldn’t hold onto her humanity.
“Wendy?” Steph backed away. “Wendy, oh Goddess.”
Wendy looked at her dearest friend in the whole world. Her oh so human friend. “Go, Steph. Run. You’re just going to get hurt if you stay. I’ll call you.”
The change took her in a rush, the world turning gray as she hit the ground on her paws, her clothes falling away as she spun to fight the violent bastard who was trying to ruin her life.
Brett barked, encouraging her to flank Jack as he attacked from the front, going immediately for Jack’s throat. Jack was wickedly smart, though, and deflected the blow, chasing after Stephanie instead.
No. No way.
No way.
They both gave chase, paws digging into the asphalt as they headed out.
Run! Run!

B.A. Tortuga Texan to the bone and an unrepentant Daddy's Girl, BA Tortuga spends her days with her basset hounds, getting tattooed, texting her sisters, and eating Mexican food. When she's not doing that, she's writing. She spends her days off watching rodeo, knitting, and surfing Pinterest in the name of research. BA's personal saviors include her wife, Julia Talbot, her best friend, Sean Michael, and coffee. Lots of coffee. Really good coffee.

Having written everything from fist-fighting rednecks to hard-core cowboys to werewolves, BA does her damnedest to tell the stories of her heart, which was raised in Northeast Texas, but has heard the call of the high desert and lives in the Sandias. With books ranging from hard-hitting GLBT romance, to fiery menages, to the most traditional of love stories, BA refuses to be pigeon-holed by anyone but the voices in her head.