People in New Orleans say Hurricane Katrina changed everything. They don’t know the half of it.


In the post-Katrina city, as we went through the slow, painful process of rebuilding, we knew we could never regain the lives lost, the homes and livelihoods destroyed, or the loss of a naïve belief that we were somehow charmed and invincible. Now we know better. It can all be gone in a capricious gust of wind or a foundation built on unstable soil.


What we didn’t know about were the other breaches—the failure of the metaphysical levees between our world and the preternatural world known as the Beyond. We didn’t know that the wizards who maintain the borders between worlds were in a crisis of their own, or that pretes would come wandering into the modern city to live and create mischief among us.


Most of the prete-control jobs fall to DJ and her partner Alex Warin. And now that the borders have dropped permanently, they stay pretty busy. But DJ took a few minutes out between weregator wrangling and goblin grabs to talk about the five prete species you might want to avoid next time you’re visiting the Big Easy.


The Historical Undead. That handsome guy in period clothing you see striding down Royal Street? He’s probably not an actor on his way to lead a French Quarter tour pretending to be the notorious early 19th-century French pirate Jean Lafitte. Because in the “new” New Orleans, if a person was famous enough in human life, he or she lives forever in the Beyond, fueled by the magic of human memory. So yeah, it’s the real pirate Lafitte, looking as alive as you or me. You also might run into other famous New Orleanians: DJ has hired Louis Armstrong as her spy; summoned up voodoo goddess Marie Laveau to pump her for info; had to turn Truman Capote and William Faulkner into cats; and she and Captain Lafitte have a….complicated relationship.


Merfolk. Mermen and merwomen (they no longer wish to be called “maids”) are not the exotic stuff of legend. They are aquatic shapeshifters descended from the French-speaking Acadians driven out of Canada by the British in the 1700s. Modern folk call them Cajuns. Most of the merfolk, who live in clans, work in the fishing industry in South Louisiana, which is sort of cannibalistic if you think about it too hard. They’re also prone to producing twins and triplets, are a tad on the grumpy side, but on the whole are an honorable people. Mostly. Usually.


Loup-Garou. No ordinary werewolves are the Loup-Garou, who are the lone rogues of the werewolf world. They don’t respect authority; they don’t travel in packs. They don’t recognize an alpha, because they’re all alpha. Humans turned Loup-Garou tend to have very poor self-control and often have to be killed by the wizards’ enforcers.


Elves. DJ wanted to include the elves, even though her exposure to them has been limited so far. See, she’d gone on a dinner date with the pirate Jean Lafitte into 1850 New Orleans and…oh, never mind. It’s a long, ugly story. Take DJ’s word for it: elves are Bad News. Did I mention DJ has elves in her family tree and can do some of their magic? They do not like this.


Vampires. The vamps haven’t made a big foray into New Orleans yet, but it’s only a matter of time. One of the vampire Regents, Etienne Boulard, recently opened a classy French Quarter night spot called L’Amour Sauvage, and runs a nighttime tour business, Tour Blood, that bills itself as “New Orleans’ Only Authentic Vampire Tours.” DJ went on one of the tours, just to check it out. It made her feel like a dinner entrée. 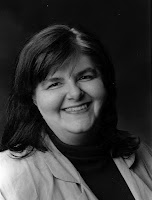 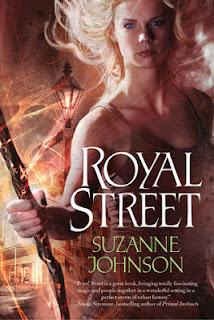 As the junior wizard sentinel for New Orleans, Drusilla Jaco’s job involves a lot more potion-mixing and pixie-retrieval than sniffing out supernatural bad guys like rogue vampires and lethal were-creatures. DJ's boss and mentor, Gerald St. Simon, is the wizard tasked with protecting the city from anyone or anything that might slip over from the preternatural beyond.

To make it worse, Gerry has gone missing, the wizards’ Elders have assigned a grenade-toting assassin as DJ’s new partner, and undead pirate Jean Lafitte wants to make her walk his plank. The search for Gerry and for the serial killer turns personal when DJ learns the hard way that loyalty requires sacrifice, allies come from the unlikeliest places, and duty mixed with love creates one bitter gumbo 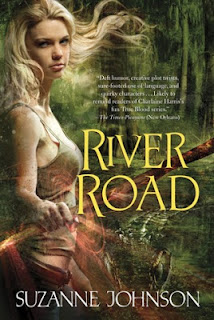 
Hurricane Katrina is long gone, but the preternatural storm rages on in New Orleans. New species from the Beyond moved into Louisiana after the hurricane destroyed the borders between worlds, and it falls to wizard sentinel Drusilla Jaco and her partner, Alex Warin, to keep the preternaturals peaceful and the humans unaware. But a war is brewing between two clans of Cajun merpeople in Plaquemines Parish, and down in the swamp, DJ learns, there’s more stirring than angry mermen and the threat of a were-gator.

Wizards are dying, and something—or someone—from the Beyond is poisoning the waters of the mighty Mississippi, threatening the humans who live and work along the river. DJ and Alex must figure out what unearthly source is contaminating the water and who—or what—is killing the wizards. Is it a malcontented merman, the naughty nymph, or some other critter altogether? After all, DJ’s undead suitor, the pirate Jean Lafitte, knows his way around a body or two. 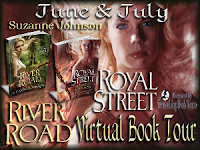