UFI welcomes Keely Smith Author of Returned. Thanks for Joining us!!


It’s all about the magic!

When writing there are certain rules writers should adhere to, rules such as correct grammar, dialogue, characterisation and plot. For me, writing for YA and writing in the magical, fantasy genre, it takes these rules and throws them out of the window. I do it whilst laughing.  When I started writing Returned I scrawled down the things I wanted to do in the book. I was questioned by several people, the statements being, “you can’t do that in a book.” I reply, “Why not. It’s my book. I can do what I want.”

Even whilst saying this I wasn’t going to describe the moon as being green, or creating characters that breathed through their belly buttons. I was always consciously aware that I wanted to make my book relatable and as real as I could. With this in mind I sort of created a YA recipe with three main ingredients, think of it as a lovely soup.

1.Magic.
This is such a huge thing in my book. You couldn’t possibly have a powerless witch, where’s the fun in that? But I wanted their powers to be almost human. Like with Harry Potter, you don’t question what they do. They have a wand and they use it. I wanted this same effect with Cora. The power she has is super human but the way in which it is used doesn’t take this too far.  When you read it you don’t question what she can do, you accept it; it becomes a part of who Cora is.

2. Imagination.
Without this, you don’t have a lot to work from. Having magic in my book was a main factor but it’s also important for those readers to imagine it. To be able to see Cora use her power, how it moves, how she moves. I have quite a weird and wonderful imagination, characters such as Cora and Jack do some rather strange things with their powers, I have stretched the reader’s imagination but not once have I gone past the barrier that makes it unbelievable.

3. Characters’ who you can identify with.
This is the final ingredient, like the glue that holds it all together, not like you would put glue in soup but you get what I’m saying.... Anyway, you have magic; you have people imaging this magic so now you need relatable characters. For example, I couldn’t create a main character that was a snotty nosed, zombie loving middle aged woman with these great powers, you wouldn’t believe the plot. You’d read one line and then put the book down. I needed to make Cora a believable character, someone you could find yourself being friends with. Cora needed to live a hard life before finding out she was a witch so that she could truly appreciate how her life had changed, why she needed to appreciate those in her life.

In my opinion, if you put those three ingredients together you have the recipe for a fantastic book.

Keeley Smith is the author of Returned, a new and exciting young adult fantasy about witches. Cora Hunt is a witch, she's been a witch since 1612, since the day her mother was murdered in the infamous Pendle Hill witch trials. Now Cora must learn to control her new power, but with this new power comes danger. Is she strong enough to survive to threat that comes with being the new witch in the village?

Keeley lives in the UK with her husband and rabbit. She has a BA Hons in English Literature and Language from the Open University. When she isn't writing and spending time with her "book friends" she also loves to read and keep fit, by keeping fit she means picking up chocolate and placing it in her mouth, then repeating the process. It's a very good workout! 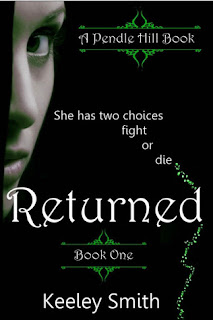 17 year old Cora Hunt has one wish, to live the life of a normal teenager.

After her reluctant move to a sleepy village in the middle of Lancashire Cora's life is turned upside down when she discovers she is a witch, a very powerful witch. Cora is not just any old witch, she is the daughter of Alizon Device who was one of the most powerful witches of her time.

Dealing with her new found powers is quite a challenge, but when the past she didn't know about unearths new complications in the form of Jack Thomas, her life becomes increasingly dangerous with each waking minute.

Jack also has a secret past, a past that clashes with Cora's.

A confrontation between the two results in a life or death situation. The brutal events of 1612 happened hundreds of years ago, but what Jack and Cora face is a definite déjà vu. The only question is, will their fate be the same as those who perished in 1612? 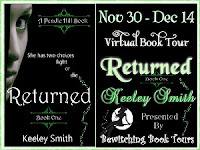