Interview: A Touch of Death: Death Witch by Ella Grey

UFI welcomes author Ella Grey. Thanks for Joining us!!

Answered by Character Fiona Fire-Tongue: Every time I look at these I get a flashback to High School, those aptitude tests about what you should be when you get old. I got Florist, yeah it made me laugh too but I guess they didn’t have thief on that list.

Angels or Demons: Demons, I’m under the assumption that everything tries to screw you over at some point. At least a demon doesn’t hide who it is or what it wants. An angel hides the lie beneath a shiny exterior. Best bit of advice I’ve ever heard, never trust anything that smiles or anyone trying to sell your double-glazing.

Vampires or Shifters: Shifters, vampires have a habit of wanting to latch onto a vein.

Left or Right: Left, because it’s hard to be right.

Up or Down: Down, because I might have to take a trip to the Underworld. Yeah, I’m looking forward to that as much as a root canal with a blind dentist.

Pizza or Pasta: Pizza. There’s a great restaurant that delivers near my home in London. I’ve got them on speed dial.

Coffee or Tea: Is that even a question, coffee, black with two sugars.

Coke or Pepsi: Neither.

YA or Adult: I’m a fire witch, it means I’m guided by my more basic urges. So that rules out Adult, I’d prefer YA as long as it doesn’t have romance in it.

Knives or Guns: Neither, I prefer not to have to kill anyone but come between me and my coffee and you’ll be living on borrowed time.

Reading or Writing: Reading, got to do something with my downtime. 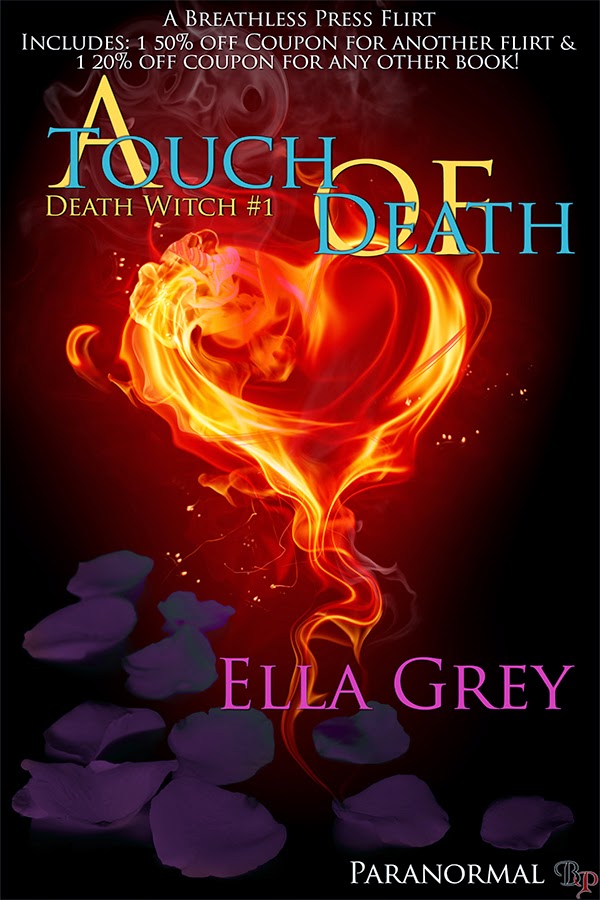 
There is nothing Fiona Fire-Tongue won't do for revenge. Even make a deal with the Goddess of the Underworld.

It was supposed to be simple. Just break into a vampire's office and steal a gem. With an unwanted partner in tow, it may get complicated. The air elemental has plans of his own, but he's about to learn that if you piss off a fire witch it is at your own peril.

He was a good-looking guy, no doubt about it. A Sylph, which meant he was more element held together by will than a flesh and blood human. Light blue hair was brushed away from an angular face and piercing eyes that matched his hair. Elementals weren't tied to any particular shape but the one he'd chosen had an interesting effect on something a lot lower than my heart. He'd managed to charm his way right into my bed and became my partner for my current plan.

It had bad idea written all over it.