UFI welcomes J. Joseph Wright Author of Ghost Guard. Thanks for Joining us!!

When I thought up the idea of a ghost special agent, a sort of paranormal James Bond character who uses (among other things) his masculine charms to defend the denizens of the spirit world, of course the first question that came to mind was—what would sex with a ghost be like?

Rever Ott is Ghost Guard’s top agent, a dead man of distinctive taste and ability with a devil-may-care attitude. He’s a one in a billion ghost. Fatally handsome, endowed with supernatural skills beyond almost any other spirit, he has one particular talent that proves quite handy. The art of seduction. Rev has the uncanny ability to get into a woman’s mind, tap into her innermost forbidden desires, and make her fall in love, and lust, with him. Rev uses his sexual talents with supreme confidence and cleverness. But there’s a problem. Sexual encounters take a tremendous amount of energy from a ghost. If a ghost is drained of too much energy, it spells certain doom. Because of this, when Rev has to employ such tactics, it irritates his teammates. Especially Abby Rhodes.

Abby is a young, beautiful, and gifted clairsentient with the ability to see the dead. One of only two living Ghost Guard agents, Abby is running from a past that still haunts her, driven by a desire to protect the innocent and defenseless spirits of the afterlife. She’s also driven by another desire, the desire to be with Rev, although her own stubbornness won’t allow her to admit it.

She takes her job seriously, and that’s why she absolutely hates when Rev goes off script and uses his seductive prowess during missions. She thinks it’s reckless, impractical, and way too risky. She knows what Rev knows. Sex is a dangerous game for a spirit. Expend too much energy and it can mean disaster. Expiration is what they call it. Death for a ghost. And Abby knows Ghost Guard can’t afford to lose Rev. But everyone on the team knows why Abby is really angry. They know the one secret she harbors, the dark and hidden truth behind her rage. She wants Rev. That much is obvious to everyone except Abby and Rev himself.

Sparks fly as Abby fights off Rev’s constant advances, and the sexual tension reaches a fever pitch when an immortal enchantress tries to steal Rev away. Abby knows Rev can fulfill any sexual desire. He can be the lover of every woman’s dreams. Romantic and passionate. Suave and strong. Touching all the right spots and hitting all the right buttons in ways no living man ever can. On the outside she swears she can’t stand his philandering, his casual relationships with other women, and his flippant behavior. On the inside, she’s angry at her own attraction to Rev. Because deep down she really wants the preternaturally carnal experience. Her intrigue has taken over, and she desperately wants to know the answer to the question—what would sex with a ghost be like? 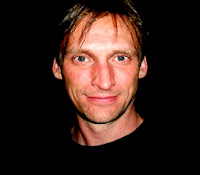 J. Joseph Wright penciled his first novel in the fourth grade, but, after failing to publish it, toiled away in obscurity until his freshman year in high school. Upon reading and, inexplicably, enjoying one of J.’s witless essays, his English Comp teacher, a man of questionable taste, recommended he write for the school newspaper. Soon J. was regaling the student body with a fantasy horror fiction column, gaining a robust early fan base, albeit from a captive school audience. 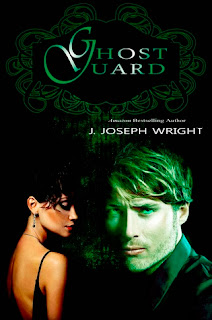 
IN THE SPIRIT REALM, ONLY ONE FORCE CAN PROTECT THE INNOCENT SOULS OF THE DEAD...

Never before have living agents been teamed up with ghosts on such a level. Never before has a paranormal crew been equipped, trained, and specially assembled to hunt ghost hunters, face angry mobs bent on otherworldly revenge, or do battle against ancient immortals from the stars. Never before has the spirit realm seen anyone like Rever Ott and Abby Rhodes. Only problem is, Rev and Abby don't know whether to fight the enemies of the supernatural, or fight their love for each other.

The cloak and dagger intrigue of James Bond with the supernatural eccentricity of Ghostbusters and the primal darkness of Underworld.

A few other giveaway's the author wanted you to know about

-Goodreads Book Giveaway of an Autographed Ghost Guard running till DECEMBER 1st!
http://www.goodreads.com/giveaway/show/70316-ghost-guard
Posted by StacyUFI at 3:00 AM 4 comments: 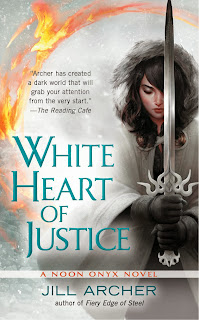 Since Lucifer claimed victory at Armageddon, demons, angels, and humans have coexisted in uneasy harmony. Those with waning magic are trained to maintain peace and order. But hostilities are never far from erupting…

After years of denying her abilities, Noon Onyx, the first woman in history to wield waning magic, has embraced her power. She’s won the right to compete in the prestigious Laurel Crown Race—an event that will not only earn her the respect of her peers but also, if she wins, the right to control her future.

However, Noon’s task is nearly impossible: retrieve the White Heart of Justice, a mythical sword that disappeared hundreds of years ago. The sword is rumored to be hidden in a dangerous region of Halja that she is unlikely to return from. But Noon’s life isn’t the only thing hanging in the balance. The sword holds an awesome power that, in the wrong hands, could reboot the apocalypse—and Noon is the only one who can prevent Armageddon from starting again…

Jill Archer is the author of the Noon Onyx series, genre-bending fantasy novels about a post-grad magic user and her off-campus adventures. DARK LIGHT OF DAY and FIERY EDGE OF STEEL, the first two books in the series are available now from Penguin/Ace. The third book, WHITE HEART OF JUSTICE, will be released May 27, 2014. Jill lives in Maryland with her husband and two children.