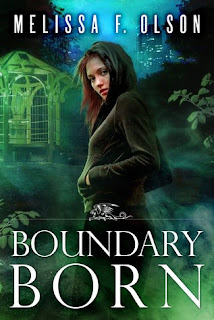 
Something wicked is at work in Colorado’s supernatural community. Vampires are being paralyzed or killed with poison…a weapon favored by witches. This offense threatens to break apart the already-fractured alliance between witches and the undead.

The state’s cardinal vampire, Maven, summons boundary witch Allison “Lex” Luther to stop the killing before it ignites a war. Lex has barely started investigating when she gets another surprise: the biological father she’s never met arrives on her doorstep. He has answers to all of Lex’s questions about her bloodline, but getting answers could mean betraying the life she’s already built.

Then the next vampire is poisoned—and this time it’s Maven herself. The new evil that hunts Lex is powerful and ruthless enough to stop the strongest supernatural creature in the state. In order to find such a killer, Lex will have to face down her own birthright and call on every ally—both living and dead.


I have really enjoyed getting to know Lex. She loves fiercely and will do anything to protect her family, which she proves time and time again. I love how bad-ass she is and I love watching her overcome the obstacles and dangers that have been thrown at her in each installment of the Boundary Magic series.

In BOUNDARY BORN she does more of what she does best, saving the day! There is ton of action as she fights to save herself and her friends from a foe she never saw coming.  Her relationship with Quinn is still pretty present and growing. One thing that I missed in BOUNDARY BORN though was Charlie. We don't 'see' her once. I am not really sure what else I can say about BOUNDARY BORN without giving away spoilers so I will leave my review at that.

I'm not sure if the Boundary Magic series is over or not. Olson states that she is taking some time off for a bit to work on other things. I really hope that it doesn't take long because there is SO much more Lex and friends to be had. I will miss them all until I see them again.