UFI welcomes Author Jaye Wells. Thanks for Joining us!!

We Built This City on Dirty Magic
By Jaye Wells

In Urban Fantasy, the setting often becomes its own character, so when it was time to decide where my new Prospero’s War series would take place, I knew I needed something special.
The series centers around a special task force of local and federal cops who are trying to break up rings of wizards who sell illegal dirty magic potions. The setting needed to be a large city with lots of politics and history that would lend itself to a cast of interesting characters and cool settings for all of the action. I knew I wanted it set in a Rust Belt town with a gritty, run-down vibe, but I didn’t want to choose a city I didn’t know really well. So I did what I do best—I made it up.

The result was Babylon, Ohio, which is a mash-up of several Rust Belt towns. It’s got an abandoned subway system, like Cinncinati, and it’s on Lake Erie, like Cleveland. I also borrowed some settings from Detroit and Gary, Indiana. But because Babylon is a city populated by Mundanes (normal people) and Adepts (people who can turn normal ingredients into magic potions), I knew I also needed a magical slum, which locals call The Cauldron.

The Cauldron is filled with potion junkies and covens of wizards who cook potions to sell to the addicts. Three main covens rule the slum. The Votary coven is made up wizards who specialize in a bastardized version of alchemy, which they call bathtub alchemy because potions are often cooked in bathroom and kitchens. The Sanguinarian coven is run out of the abandoned subway system, and they specialize in blood magic. The third coven is the Mystical Coven of the Sacred Orgasm, aka The Os, and they own several brothels that dispense sex magic.

I hope you’ll visit Babylon when the first book of my Prospero’s War series, Dirty Magic, releases on January 21. It’s not the sort of place you’d want to vacation, but it’s definitely a city filled with intriguing characters and lots of great stories. 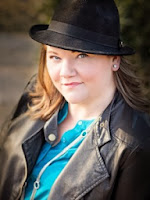 Jaye Wells is a USA Today-bestselling author of urban fantasy and speculative crime fiction. Raised by booksellers, she loved reading books from a very young age. That gateway drug eventually led to a full-blown writing addiction. When she’s not chasing the word dragon, she loves to travel, drink good bourbon and do things that scare her so she can put them in her books. 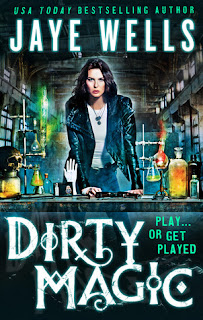 The last thing patrol cop Kate Prospero expected to find on her nightly rounds was a werewolf covered in the blood of his latest victim. But then, she also didn't expect that shooting him would land her in the crosshairs of a Magic Enforcement Agency task force, who wants to know why she killed their lead snitch.

The more Prospero learns about the dangerous new potion the MEA is investigating, the more she's convinced that earning a spot on their task force is the career break she's been wanting. But getting the assignment proves much easier than solving the case. Especially once the investigation reveals their lead suspect is the man she walked away from ten years earlier—on the same day she swore she'd never use dirty magic again.

Kate Prospero's about to learn the hard way that crossing a wizard will always get you burned, and that when it comes to magic, you should be never say never.