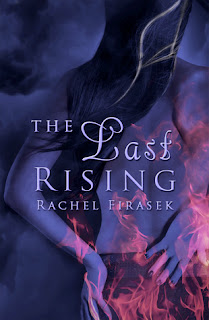 After paying two millennia’s penance to Osiris, world-weary Phoenix Ice has had enough. Saving souls without any hope for her own redemption isn’t how she imagined spending eternity. Fed up, she decides her next death will be her last. But when she sacrifices her own life for a sexy Texan in a catastrophic plane crash, she has no idea the consequences will be so great…or that she’ll end up back in his life for her next assignment.

Now that Turner Alcott has survived the worst, finding a wife and mother for his son matters more than ever before. When the mysterious Ice comes into his life, Turner knows she’s the one—but love is the last thing Ice wants. If he wants to win her heart, Turner must teach Ice how to forgive herself, and prove that love is the ultimate sacrifice.

THE LAST RISING was a great fast read filled with emotion, romance, self-searching and self-sacrificing. From the first chapter I was gripped by the situation that Ice and Turner were put in. The characters meshed well and their development and growth throughout the story was a delight to read about. I had no troubles getting into the story I didn't want to put it down. I loved that even though it was a short read there was still so much involved in the story and so much emotion behind everything. When I read the last page I was satisfied with the ending. This is a great start to a new Paranormal Romance. 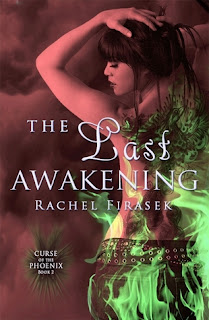 
For three hundred years, Arabella’s life has been one meaningless death after another. In a cruel twist of fate, Osiris–god of the Underworld–gifts the phoenix her mortality and returns her voodoo magic. If she fails to harness her wayward magic and save a man worthy of a second chance, she’ll forfeit her power and her soul–forever.

Ex-soldier Greyson Meadows desperately wants to be freed from the nightmares and guilt that haunt him after the tragedy that brought him and Ari together. Confronted by the waif of a woman who forces him to face his worst fears, he resists, fighting the need to keep his personal demons hidden instead of setting them free.

When Ari becomes the target of her own magical blunder, it’s not just her life in danger, but now the one of the man she loves.

After reading THE LAST RISING and falling in love with Ice and Turner I didn't want to read about another couple but jumped into THE LAST AWAKENING anyways. The series is very unique and that alone pulls you into the story. The characters are full of depth and grow at a great pace for such short reads.

Ari was easy to like. She had no trouble going for what she wanted and she saw Greyson as being just like her, she wanted to do anything she could to help him heal. Greyson and Ari's attraction is instant and there time together was nothing short of hot. They complemented each other well and helped each other to heal. THE LAST AWAKENING like THE LAST RISING filled with emotion. I loved that the previous couple was included in book 2 and I'm excited to see which couple comes next. I once again was anything but dissatisfied when the last page ended. Ari and Greyson's story was a great addition to the series.