Past My Defenses (Taming the Pack #1) by Wendy Sparrow

UFI welcomes Susannah Sandlin Author of The Penton Legacy Series. Thanks for Joining us!!

Do I really have to do this? (Gives what he hopes is intimidating stare to author, who ignores him.) Right. A bit about me, since I’m the newest of Penton’s senior lieutenants. My passport says I’m thirty-three and a citizen of the UK; in reality, I was turned vampire during an unfortunate period during World War II.

(Author: Tell them what happened.)

I think not. At any rate, I readily admit that I’m fourth in command here in Penton behind Aidan, Mirren, and Will.

(Author: I think Robin trumps you.)

I think she does not. At any rate, I was a psychiatrist in my human life, and still consider it a bit of a hobby to analyze some of my fellow citizens. Here is a quick summary:

If Penton were a family, and we are in some ways, Aidan is the father. He makes wise decisions, thinks things through, and tries to treat everyone fairly. Some don’t deserve it. His mate, Krys, is much like him in that sense. Lovely people, those two.

If Penton were a family, Mirren Kincaid would be the crochety uncle who came and kicked everyone’s arses until he had them brow-beaten into submission. His only weakness is his mate, Glory, who, fortunately for the rest of us, is quite lovely and even-tempered and can shut him up with a single look.

Will Ludlam’s had a bit of a hard go of it lately. Been through some rough things, has Will. He’s very hard to get to know since he hides everything behind a well-placed wall, but he’s quite brilliant and dead loyal if you take time to scratch beneath the surface. The same can be said of his mate, Randa.

Melissa and Mark Calvert are…well, this is awkward, right? I’ll leave them alone.

Max Jeffries and Rob Thomas are the human Army Rangers sent to help Penton rebuild. Rob is, like his sister Randa, very competent and quite tough. Max is a bloody idiot. Apologies, mate, but he can’t accept that vampires are stronger than humans. I shall continue to beat him until he believes it.

There are new faces in Penton now, not the least of which is Fen Patrick, who I knew in his human life before he was turned. It was quite a surprise to see this Irishman turn up in Penton. Did I mention I never quite liked him?

There’s Nikolas, another Army Ranger who has psychic abilities. I think Nik will be a great addition to the Penton crew.

And then there’s the eagle shape-shifter named Robin. The woman is incorrigible. I find her oddly fascinating—purely from a professional standpoint, of course. I suspect she has a few secrets hidden away beneath that prickly, foul-tempered exterior. 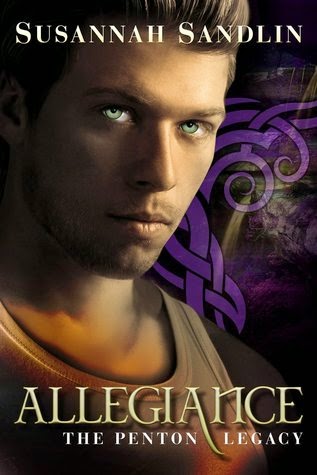