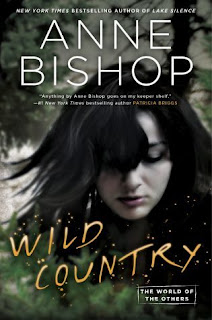 In this powerful and exciting fantasy set in the world of the New York Times bestselling Others series, humans and the shape-shifting Others will see whether they can live side by side...without destroying one another.

There are ghost towns in the world—places where the humans were annihilated in retaliation for the slaughter of the shape-shifting Others.

One of those places is Bennett, a town at the northern end of the Elder Hills—a town surrounded by the wild country. Now efforts are being made to resettle Bennett as a community where humans and Others live and work together. A young female police officer has been hired as the deputy to a Wolfgard sheriff. A deadly type of Other wants to run a human-style saloon. And a couple with four foster children—one of whom is a blood prophet—hope to find acceptance.

But as they reopen the stores and the professional offices and start to make lives for themselves, the town of Bennett attracts the attention of other humans looking for profit. And the arrival of the Blackstone Clan, outlaws and gamblers all, will uncover secrets…or bury them.


Although WILD COUNTRY wasn't my favorite installment of the Others series, I enjoyed meeting the new characters and reading about their struggles finding balance in their new world.

Bennett is rebuilding after the humans were wiped out. It was great to see more of the world that I fell in love with in WRITTEN IN RED. The relationships between the others and humans continue to evolve and grow. They are both willing to live with the other, but it takes a lot of patience and understanding.

There were a few things that made it hard to completely fall in love WILD COUNTRY. There were a few points in the setup of the story that I was just bored. It didn't totally grab me and drag me along for the ride. I also didn't love that the timeline didn't follow at the end of the previous book, LAKE SILENCE, but was on the same timeline as ETCHED IN BONE. It totally threw me off jumping back in time.

I have really enjoyed the whole Others world. The world building and the characters continue to be my favorite parts of the series. I really miss Meg and the other Lakeside residents, but the branching out and meeting others in the world has been enjoyable as well. I do hope the timeline gets back to the current time of the series though with the next book and look forward to seeing what Bishop brings us next.