UFI welcomes Author Amanda J. Greene. Thanks for Joining us!!

Hello all! Thank you for stopping by and taking the time to check out my newest release, Surrender to the Chase (Under Realm Assassins #2).

As an author, I am asked how I come up with my stories, characters, plots, and so much more? Honestly, inspiration can strike at any time. I can be listening to music, or taking my pups for a walk, or even be sitting in class and BAM an idea slaps me in the face. Usually, it’s the main character that takes shape in my imagination first, followed by their story and then world building.

Ethan Halstead, the leading man of Surrender to the Chase – vampire and assassin – was inspired by a song and a memory of mine. A few months back, I was driving along the beautiful 101 freeway in Southern California (got to love the ocean view), streaming Pandora through my car stereo and Dr. Dre’s Keep Their Heads Ringin’ came on. Immediately, I was swept down memory lane.  Years ago, when my husband and I first started dating, the opening musical/lyrical portion of Keep Their Heads Ringin’ was his ringtone. Most of the time, he’d let the song play out and he’d do a dance, throwing up the “west side” sign, and sing along. This annoyed a lot people when they called, since you had to call him a second time to get him to answer. I could see my husband in my mind, dancing to the song and somehow, someway, Ethan’s character was made. I envisioned Ethan behaving the same way, with the same grin on his face, like “oh yeah, this is my jam.” Yes, Ethan’s ring tone is Dr. Dre’s Keep Their Heads Ringin’ and it goes off a few times in the book.

Now that I think about, Ethan is more like my husband than any other character I’ve written…I’ll have to tell my husband when he gets back from deployment ☺ Hope he doesn’t mind ☺ 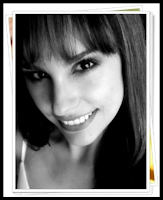 Amanda J. Greene is a paranormal romance author. When she is not writing, she can be found playing the role of a university student who also works full time. She lives in Southern California with her very supportive husband and their two dogs. Doing all the above and being a military wife is not easy, but rewarding! Of course, she accomplishes everything with a strong cup of coffee in her hand.

Amanda is also an associate reviewer on The Book Nympho blog. 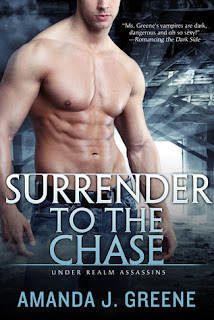 A year after the tragic death of his close friend and fellow assassin, Ethan Halstead is ready to take up his sniper rifle once more. But his first assignment is nothing he ever expected. Ethan must hunt and retrieve a beautiful, spirited, alluring werewolf.

Knowing no other way to escape an arranged marriage, Fraya flees from her pack. As she contemplates slipping across the border and heading to South America, she is captured by a dangerously seductive vampire who plans on escorting her back to her family. Even as Fraya vows to make Ethan’s mission as difficult as possible, she can’t resist the riotous desire he sparks within her.

But Ethan isn’t the only predator that peruses Fraya. A powerful rival pack’s alpha wants to make her his mate. Will Ethan be able to keep Fraya safe and return her to her pack? Or will he surrender to temptation and claim Fraya as his own?

A Murder of Mages (The Maradaine Constabulary #1) by Marshall Ryan Maresca
An Immortal Descent (Goddess Born #3) by Kari Edgren
Cities and Thrones (Recoletta #2) by Carrie Patel
Flight from Death (Fly by Night #1) by Yasmine Galenorn
The Heart of Betrayal (The Remnant Chronicles #2) by Mary E. Pearson
Ink and Bone (The Great Library #1) by Rachel Caine
SEAL Wolf Hunting (Heart of the Wolf #16) by Terry Spear
Silver in the Blood (Silver in the Blood #1) by Jessica Day George
The Six by Mark Alpert
Splintered (Arcane Underworld #2) by Jamie Schultz
Time Salvager by Wesley Chu
Wicked Embers (Souls of Fire #2) by Keri Arthur