UFI welcomes Matthew Quinn Martin Author of Nightlife. Thanks for Joining us!!

What can you tell my readers about yourself that they might not know from looking on your bio or reading in another interview?
I’m a huge Toto fan. Not just of the band itself, but of the individual members and the work they did as session musicians. I think you’d be hard pressed to find a studio ensemble that has had as big an impact on popular music other than the legendary Funk Brothers. Actually, when I was doing on-set re-writes on Slingshot I kept slipping Toto lyrics into the dialogue. None of it made it to the final cut, but I’d love to see the outtakes one day.

What do you enjoy doing on your down time?
Downtime? What is this downtime of which you speak? Seriously though, I enjoy playing music, either on my record player or on one of the various musical instruments littering my house.

What is your Favorite part of writing?
Reading over something I’ve written the day before and thinking that it doesn’t suck. That’s a red-letter day for me.

Do you have any certain routines you must follow as you write?
I’ll treat myself to a can of Moxie when I finish or sell something. Other than that it’s helpful to have a “door” that you can keep closed. But headphones usually work if I happen to be stuck writing in a public place. Even if they aren’t plugged in they are a nice sign for others to “keep out.” Fellow writer and frequent collaborator Libby Cudmore makes little writing shrines out of Altoid tins so she can create a personal writing space anywhere. She made me one…and it has a Moxie button in it.

What are some of your Favorite books or Authors in the Urban Fantasy/ Paranormal Genres?
Harlan Ellison is a big influence. I still remember the first time I read Strange Wine. It would have been in the late 80s and I was in my mid-teens. The opening story, “Croatoan,” gave me a string of nightmares that I hope will go away at some point. But more than just that, the story showed me just where the boundaries of genre fiction were…and totally obliterated them, just blew them right to cinders. If I ever write something that has ten percent of the impact or depth of “Croatoan,” then I will consider myself a success.

How would you pitch Nightlife to someone who has not heard of it before?
Not your kid sister’s vampire novel.

Can you tell us a little bit about the world that Nightlife is set in?
The city of New Harbor is based (more than a little) on my experiences growing up in New Haven, Connecticut. I chose to fictionalize it because the city itself is a small one. Places like New York, Chicago, London, etc. are so massive and mythic that you can set just about anything there and as long as you don’t get too specific about the details and there will be room for that “willing suspension of disbelief” to kick in. No one can really know all there is to know about New York. In a more intimate setting you run the risk of taking people familiar with the area right out of the action with too much creative license. This is especially true in horror/fantasy. You are already asking your reader to accept that there are creatures lurking in the shadows––best not to blow that by situating an apartment building in an industrial area or a park where there isn’t one. There’s a certain freedom in working like that, but there are challenges to it as well.

Do you have a favorite scene in Nightlife?
I do…but I’m not going to say which because I don’t want the other scenes to get jealous.

Which character was your favorite to write about? What about the hardest to write about?
I had a lot of fun writing Gabby, especially the scenes in her headspace. There is something freeing about seeing the world through six-year-old kid logic. The other characters could all vie for “most difficult” at various points during the writing and revisions. 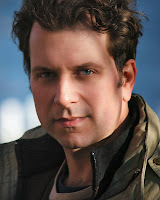 Born in Allentown, Pennsylvania and raised in New Haven, Connecticut, it wasn’t until Matthew moved to Manhattan that he realized he was a writer. These days, he lives on a small island off the North Atlantic coast of the United States where it gets quiet in the winter…perhaps too quiet. . . 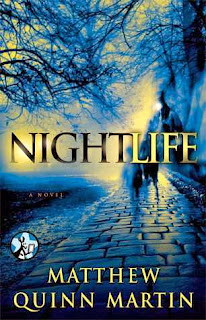 
For centuries an ancient evil has slept beneath the streets of New Harbor. This Halloween, it wakes up.
An action-packed debut horror novel from talented new writer Matthew Quinn Martin, Nightlife pits a feisty bartender and a mysterious loner against bloodthirsty terrors as alluring as they are deadly.

Nightclub bartender and serial heartbreaker Beth Becker might be a cynic. But when her best friend goes missing Halloween night, Beth knows it's up to her to find out what happened.

Her quest will take her on an odyssey through the crumbling city of New Harbor, Connecticut. Along the way she meets a homeless prophet warning of something he calls the "Night Angel"-a bloodthirsty creature that feeds on the forgotten. And she will form an unlikely bond with a hunted stranger who knows all too well what stalks the streets at night. 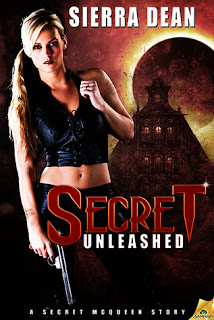