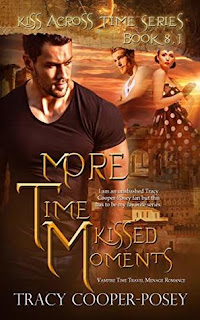 Rafael is missing, with not a trace of him to be found, not even on the Timescape.

In a volume of interconnected short stories, snippets and conversations, Veris’ extended family of vampires and time jumpers comes together in unexpected ways, united by their need to find Rafael and get him back.

The characters and events in this series are interconnected from book to book. Reading the books in order is strongly encouraged.

[*Short stories and novellas featuring the characters and situations featured in the Kiss Across Time series].

EXCERPT:
As soon as Veris was low enough to see into the big room, he looked down at the colorful rag rugs covering the hardwood floor and the worn sofas and armchairs—veterans of a dozen different lives and houses. Their used, comfortable patina matched the warm golden wood paneling on the walls. The lighting was also a pleasant yellow, although daylight emitting overhead fluorescents could be switched on if decent working light was needed.
Sydney stood with her arms crossed, chewing at the ball of her thumb, her golden brows creased together. She wore gym pants and no makeup and watched the monitors on the wall which showed views of the main floor of the house and every potential angle of approach on the outside.
Veris glanced at Alex, then came to a halt on the stairs, for Alex was covered in dried blood, his clothes ripped and dirty, his hair ruffled and his eyes haunted.
“What the hell happened?” Veris demanded, moving down the rest of the stairs at a speed that would have made Kit McDonald’s jaw drop.
Sydney dropped her arms and turned to Veris, her jaw working. “Rafe is missing.”
Veris frowned. “Missing,” he repeated, trying to encompass how anyone could go missing, when at least five people in the family—including Sydney—could reach across the timescape and find anyone, no matter where they were.
“He was taken,” Alex said, his voice strained. 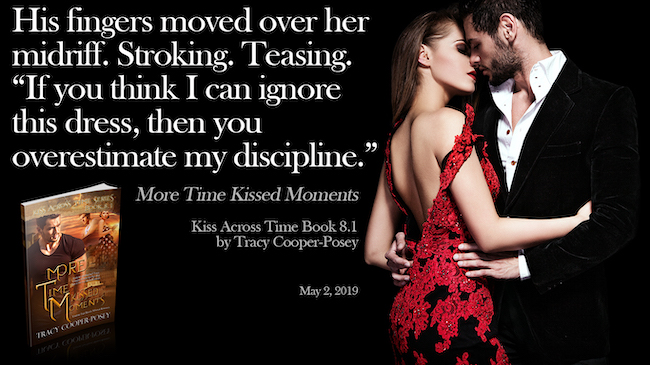 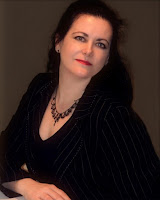 Tracy Cooper-Posey is a #1 Best Selling Author. She writes romantic suspense, historical, paranormal and science fiction romance. She has published over 100 novels since 1999, been nominated for five CAPAs including Favourite Author, and won the Emma Darcy Award.

She turned to indie publishing in 2011. Her indie titles have been nominated four times for Book Of The Year. Tracy won the award in 2012, and an SFR Galaxy Award in 2016 for “Most Intriguing Philosophical/Social Science Questions in Galaxybuilding”. She has been a national magazine editor and for a decade she taught romance writing at MacEwan University.

She is addicted to Irish Breakfast tea and chocolate, sometimes taken together. In her spare time she enjoys history, Sherlock Holmes, science fiction and ignoring her treadmill. An Australian Canadian, she lives in Edmonton, Canada with her husband, a former professional wrestler, where she moved in 1996 after meeting him on-line.