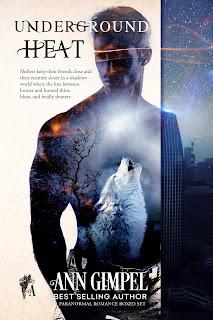 Shifters keep their friends close and their enemies closer in a shadowy world where the line between hunter and hunted thins, blurs, and finally shatters.

Roman’s Gold
Once respected members of society, shifters are running for their lives. Devon’s been a cop for a long time. He has shifter blood, but not enough to change into anything. His latest assignment is Kate. From the moment he sees her, he can’t get her out of his mind. But she’s the enemy he’s sworn to eradicate. As he tracks her, the line between hunter and hunted explodes into fiery attraction. If their passion doesn’t save them, it’ll doom them forever.

Wolf Born
Max leads a dangerous double life in a futuristic California that’s almost out of resources. If Audrey could finesse it, she’d go to work helping the shifter underground. The only sticking point is Max. She’s been in love with him forever. If she joins the underground, she believes she’ll never see him again—but that’s because she has no idea he’s the head of it. After a second attempt on his life, Max faces critical choices. He can’t believe Audrey’s behind the assassination attempts, but everything points her way. Will he follow his head or his heart?

Blood Bond
Head of the shifter underground’s security force, Johannes has his hands full. He’s the most compelling man Daria’s ever met, but he’s also stubborn and arrogant. Her cat thinks he’s their mate, but if Daria had her way, she’d run hard the other way. Just her bad luck, a series of lethal attacks keep her square in his gunsights. Johannes is desperately attracted to Daria, but anything beyond sex isn’t part of his life plan. He has his reasons. They’ve served him well, and he’s not changing them now. 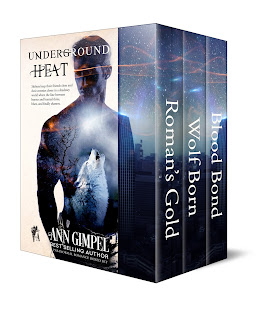 I'm basically a mountaineer at heart. I remember many hours at my desk where my body may have been stuck inside four walls, but my soul was planning yet one more trip to the backcountry.

Around the turn of the last century (that would be 2000, not 1900!), I finagled a move to the Eastern Sierra, a mecca for those in love with the mountains. Stories always ran around in my head on backcountry trips, sometimes as a hedge against abject terror when challenging conditions made me fear for my life, sometimes for company.

Eventually, the inevitable happened. I returned from a trip and sat down at the computer. Three months later, a five hundred page novel emerged. It wasn’t very good, but it was a beginning. I learned a lot between writing that novel and its sequel, and I've been writing ever since.

In addition to turning out books, I enjoy wilderness photography. A standing joke is that over ten percent of my pack weight is camera gear, which means my very tolerant husband has to carry the food -- and everything else too.