UFI welcomes Author Danielle Rose. Thanks for Joining us!!

Favorite books as a pre-teen.

It’s no surprise that I haven’t always been a reader. In fact, even though I vaguely remember writing stories as a child, I don’t credit my writing’s beginning until late 2009. I used to read Buffy the Vampire Slayer comic books and teen novels by Caroline B. Cooney, but I began seriously devouring books in late 2008. I was nineteen at the time, and since then, I’ve read hundreds of books—some of which have not only changed my life but also completely affected me as a writer. 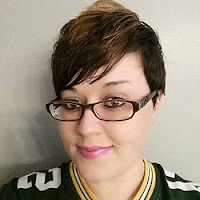 Danielle Rose is a writer of fiction and travel, as well as the editor of Narrative Ink Editing LLC, an independent editing company that assists independent authors with prepping and publishing their manuscripts. Danielle currently resides in the Midwest, where she spends her days at a local coffee shop planning her next vacation or plotting her next novel.

Danielle holds a Master of Fine Arts in creative writing from the University of Southern Maine's Stonecoast program, where Danielle worked one-on-one with bestselling authors such as Nancy Holder, Theodora Goss, David Anthony Durham, Liz Hand, and James Patrick Kelly. In addition to her Master of Fine Arts, she also holds a Bachelor of Arts in English and certification in professional writing from the University of Wisconsin—Parkside.

When not writing, traveling, or writing about traveling, Danielle enjoys being outdoors, reading, binge watching television series, and cheering for her favorite football team (Go Packers!). 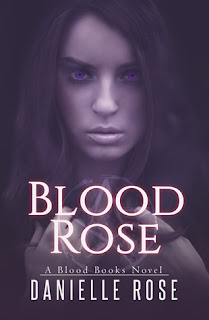 
When Avah Taylor’s family relocates to the remote mountains of Shasta, California, she thinks she can finally hide the secrets of her family’s ancestry, a history that has marked Avah as an outcast her entire life.

But after only mere months of living in northern California, Avah’s given a death sentence. As one of the only Spirit users in her coven, she has been chosen to yield The Power, the ultimate weapon against the immortal species and an all-too-powerful gift that the shell of a mortal can’t contain for long.

As Avah slowly transitions into a life of blood and war, she realizes the world isn’t what it seems—and that everything she’s been told is a lie.

**Novels to possibly continue based on story arc.