Combine the flour, almonds, and sugar in a large bowl. Add the butter and the egg yolk. Mix by hand or with an electric mixer, until crumbly.

Press 1 1/2 cups of the crumb mixture in an even layer into the bottom of a 9 1/2-inch springform or tart pan. Arrange the plums in the pan, skin side down to form a flower pattern; begin at the outside and work your way in.

Sprinkle the rest of the crumb mixture evenly over the plums. Bake the tart for 40 to 50 minutes, or until it’s lightly browned and the plum juices are bubbling. Remove from the oven and cool for 10 minutes. Remove from pan and transfer tart to flat plate.

Serve with a dollop of whipped cream.

***Damson: A small fruit with vibrant, dark blue skin and a strong sour flavor. Damsons are similar to plums. They have a large stone (pit) and are often juicy, but tend not to be eaten raw due to the tartness of their flesh. 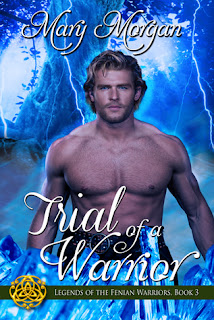 Trial of a Warrior
Legends of the Fenian Warriors #3
BN


"You met them in the Order of the Dragon Knights. Now, journey to the realm of the Fae and witness their legends!"

A warrior sentenced to die.

On trial for breaking a supreme Fae law, Fenian Warrior, Liam MacGregor has no regrets. He is prepared to accept his sentence—even if it means his death. However, freedom comes in an unexpected manner, and brings with it certain dangers as he travels through the Veil of Ages.

A princess honor-bound to remain hidden.

Princess Abela might be a priestess and the daughter of royalty, but that doesn't prevent her from doing the unimaginable. She sacrifices duty and honor to set free the man who captured her heart so many years ago. No matter the severity of his crimes, she cannot let Liam die.

A rescue that will bring about a war and divide a kingdom!

In their quest to secure a treaty to forestall Liam's death sentence, they must fight their desires for one another, as well as the Fenian Warriors sent to capture them. 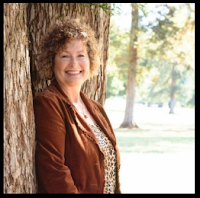 Award-winning Celtic paranormal romance author, Mary Morgan, resides in Northern California, with her own knight in shining armor. However, during her travels to Scotland, England, and Ireland, she left a part of her soul in one of these countries and vows to return.

Mary's passion for books started at an early age along with an overactive imagination. She spent far too much time daydreaming and was told quite often to remove her head from the clouds. It wasn't until the closure of Borders Books where Mary worked that she found her true calling--writing romance. Now, the worlds she created in her mind are coming to life within her stories.

If you enjoy history, tortured heroes, and a wee bit of magic, then time-travel within the pages of her books.