UFI welcomes Author L.M. Mountford. Thanks for Joining us!!

I’m afraid my Bio will tell most readers everything they want to know, but I can disclose that I am something of a protégé in the kitchen.

Well I do enjoy a bit of reading but in my down time I love to game on the Xbox. Unfortunately, I don’t get much downtime.

Coming up with the ideas. I love weaving stories out of air.

Nope, I just sit down and try to punch out a few words.

Afraid I don’t read much in the paranormal genre, I’m more the action/historical fiction type. Though I am a lover of Fantasy and particularly George RR Martin’s Song of Ice and Fire Series (The inspiration for Game of Thrones, my favorite show of all time!)

How would you pitch Blood Lust to someone who has not heard of it before?

It’s Vampires, Sex and Violence, what more do you need 😉

Can you tell us a little bit about the world that Blood Lust is set in?

It’s an Paranormal Reality running Parallel to our own where Vampires live in secret.

Do you have a favorite scene in Blood Lust?

Nope, I like it all really. I think it’s a good little introduction to a series, with everything I want out of a book – Sex, Violence and a hint of Mystery.

My favorite would be Jake from Broken. The hardest, well that would also be Jake.

Well, I’m afraid most of my projects are now sequels to my currently released stories, the primary being the sequel to my debut, Sweet Temptations. If you haven’t read it, it is available for free - https://claims.prolificworks.com/free/kcCtI

A self-confessed tiger fanatic, L.M. Mountford was born and raised in England, first in the town of Bridgwater, Somerset, before later moving to the city of Gloucester where he currently resides. A fully qualified and experienced scuba diver, he has travelled across Europe and Africa diving wrecks and seeing the wonders of the world.

He started writing when he was 14. Under the pseudonym Dark Inferno, he has written more than thirty fan fiction stories. When he was 21, he started publishing independently through KDP and Smashwords, continuing Erotica, before switching to dark and contemporary romance.

Sign up to his newsletter and receive weekly updates about his writing progress, cover reveals, public appearances, reviews, and a FREE eBook. That's right, a free book in every email. And, sometimes even chances to win advanced copies of his next book before anyone else. So, subscribe to his mailing list today, and keep up will all his new releases and special deals, exclusive to his inner circle. 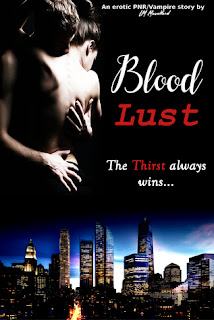 After a thousand years, Lucian had given up any interest in the world. His only concern that night was finding his next drink, preferably from a flavoursome twenty-something with loose morals and no expectations. Then he saw her…

Kate is just a girl from the country, who came to the city with her brother to find a life away from their parents’ car crash. That is until the police came knocking on her door one morning and ripped her new life apart. Now she has nothing and no one, with only one on her mind. Revenge.

When these worlds collide, and the things that go bump in the night come calling, can these two mend the rifts in each other and give them what they need?


It was time.
The last light of dusk was slipping into inky black and high overhead, through the canopy of clouds and pollution, the heavens have come alive with all the magnificence of the celestial sphere. Thousands of sights no human eye could ever see.
The hour of the wolf, the time of the vampire, had come. The time to hunt, to feed...
I inhaled the backstreet in a breath and a shiver slithered down my spine at the heavy perfume of things that didn’t bare contemplating. Needless to say, it was rank. Human cities often carried a certain pungency about them, so much waste and body odour, pressed together in such tight quarters, left its mark. They had gotten use to the stink and given enough time, even a vampire could adjust. But that place…
Its particular ripeness was absolutely foul.
I pressed on regardless. Lured by that single overpowering aroma that clung to this place. Beneath the stink of shit. Blood. It lead me like a carrot dangling in front of a donkey, teasing my fangs, my mouth watering.
Sooner or later, the thirst always won.
And I’d left it too long.
The way was dark but up above and all around, the city burned bright. False light. Humanity’s instinctive terror of the dark and all that lurked within, cloaked by darkness, had driven them to harness the power of the sun and turn night into day. Edison’s great folly. The old man had sought to create a warm light for all mankind, warmth and safety for every home. Instead, his invention had made them arrogant. Naive.
Man had grown careless, wrapped in their protective cocoon. So they’d forgotten the perils of the night, the hunters in the shadows and all the things that fed on them when the sun went down.
And had allowed darkness to creep back into their world.
I paused mid-stride. The trail swung off the beaten path and down the mouth of an alley a few meters ahead and i felt the instinctive thrill. I was getting close.
Men. Four of them. All in leather and denim. Huddled so close together that to any passers-by, they looked just like any other a bunch of dudes out smoking, drinking, and whiling away a night on the town. But the smell was on them. Blood and fear. It was old, maybe weeks dry, but they were rank with it. And their eyes were all fixed on the mouth of the alley, waiting.
They’d do. A small smirk tugged irresistibly at the corner of my mouth. It would be so easy.
Though they gave no outward sign of noticing me, their hearts quickened as I walked into the open, the palpitations pulsing through their clothes. Then they all turned and the biggest of the group, a brute of a man with a face like a bulldog and a spider web tattoo etched across his shaved pate, stepped forward. “Hey man!”
Spinning round, I did my best to look surprised as he pushed himself forward and walked towards me. The others fell into step, spreading to his left and right. “H-hi, can I help you?” I said, my voice shaky.
“Yhea,” Spider Web’s stride quickened, moving in for the kill. “Gotta light?” His hand was in his jean’s pocket. No doubt a ploy to make me think he was reaching for his cigarettes. Idiot. He had something there. Its outline was clearly defined against the denim, but it was too long and thin to be anything like a carton of smokes. A flick knife probably. Knife crimes had been on the rise over the last couple of years. Easier to conceal than a firearm, with a considerably lower criminal sentence for carrying one if caught.
They were out of the alley and encircling me, closing in. I pivoted right then left, making a show of trying to watch them all at once, of being afraid to have my back to even one of them. “E-excuse me?”
Just a few steps closer.