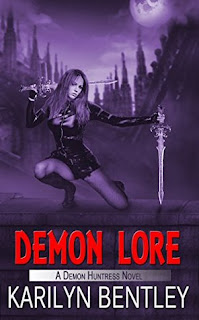 Like romance? Entangled is celebrating their 5th birthday with some exciting offerings!

Entangled Publishing is turning 5 and we are so excited that we are offering all the books on our latest bestselling imprint, Lovestruck, at a celebratory price of just $.99 each! At prices like these be sure to fill up your reader.

AND that's not all. From 2/1 to 2/21 we are giving away 5 Lovestruck prize packs including 5 different Sephora Minimergency kits, an Amazon gift card and other surprise gift cards. So be sure to stop by each of our amazing blogger hosts below and visit the Lovestruck Facebook page to find out about the fun events and giveaways we will be having in the coming weeks. You will also get sneak peeks inside our different releases so you can pick out your must reads.

Haven't read a Lovestruck yet? Take a peek inside...

Gambling on the Bodyguard by Sarah Ballance


Desire rocketed through him, the intentionally slow pace more brutal than any he’d ever known. He shifted, nudging deeper, feeling her leg slide the length of his. She arched against him, baring her neck, and he claimed the spot with his mouth. Fingernails raked his back, but still he held on. He tried not to think about what she was doing to him. What she allowed him to do to her.


Her body enveloped him, all heat and fire, and he held her with everything he had. Kissed her neck. Nibbled her ear. All the while, driving into her, rocking his hips, pistoning longer, slower, deeper. Breaking a sweat, tasting that she’d done the same.


And kissing her. Dear God, the sweet slide of her tongue with his was enough to leave him undone. He explored every crevice, tasted every part of her, swallowed every whimper. Forced himself to take her deeper, pushing against the bed with one knee, gaining traction. Nudging her across the sheets with his desire to consume her, to so thoroughly become a part of her body that he’d be there forever. He knew the moment she came. Knew she hadn’t been thrown off some cliff to flail, to seek purchase from thin air. That wouldn’t happen, not this time. He gave her something to hold on to while she trembled. Kissed her. Touched her hair, cupped her face. Held on until his own orgasm took over, stealing his sense of self, leaving him shaking and lost.


Lost, with no real desire to be found.


Just went back to the bed and held her, knowing it had to be enough.


Ski instructor Ellie Montgomery hits Vegas during a romance convention to meet the man of her dreams…only, the man of her dreams isn’t the cover model she’s there to see. He’s the hot-as-sin bodyguard who catches her sneaking in the back door of a meet-and-greet, and he seems more than ready to do what it takes to prove he’s twice the man her pretty boy crush could ever be.


Jax Mathis couldn’t resist snagging a date with Ellie, but he didn’t count on the attraction being more than physical. They connect on a level he didn’t think possible–and he can’t run fast enough. She makes him want things he thought he’d never have, and maybe, just maybe, they’re within reach. But to have it, he’ll have to face the one mountain he swore he’d never climb…and with no guarantee she’ll be waiting on the other side.