Covets have all the sexiness, emotion, and happily ever after that readers have come to expect and love from Entangled. They are firmly grounded in the contemporary world, but each novel brings in supernatural twists, breaking the contemporary and paranormal rules, alike. To find out more about their titles, chat with authors, participate in special events, and to find out what books you’ll be coveting next, visit the Entangled website, follow them on Twitter, LIKE their Facebook page, and join the Book Club.


Today I'm happy to be featuring Covet's November releases which is very exciting because in celebration of these three great new books, they are on sale for just $0.99 for the first week of release only. So they are perfect to download and read over the long holiday weekend between all the hussle and bussle for a nice little break.

Also, make sure to hop on twitter tonight, 11/25 at 8PM to join in the #CovetBash. The authors of these fabulous books will be joining in the fun, and there will be lot's of chances to win prizes, including a grand prize giveaway of Covet's entire backlist to one lucky winner! Details here. 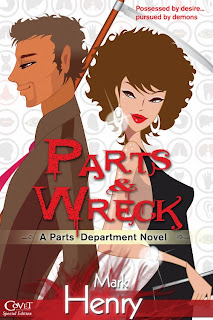 
Wade Crowson, a brutish and brooding playboy and veteran vivisectionist for the Parts Department, runs into more than he bargained for in new partner, Lucid Montgomery, a quirky beauty with a bizarre secret and a string of psychiatric diagnoses she tries hard to keep hidden. Loving Luce will stamp a demonic target on her back and thrust Wade into a frenzied whirlwind of hilarious misunderstandings and, quite possibly, a stripping gig for emptynesters. Can they withstand the savagery of an exorcism (with or without the split pea soup) and come out alive and …in love? 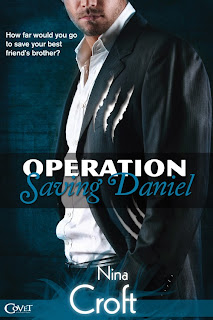 At eighteen, Melissa seduced her best friend Julia's brother only to run away shortly after. While Daniel was her fairytale prince, Lissa didn’t believe in happy ever afters.

Ten years and a near death experience later, Lissa is ready for a husband and family. But a cry for help from Julia puts that dream on hold. Daniel is acting weird and he’s about to marry his long term girlfriend—AKA The Evil One. Someone needs to save him.

Daniel has never stopped loving Lissa. Ten years ago when he gave her a little freedom, he always intended that one day they would be together. Right up until the moment he was bitten by a werewolf. Now, Daniel has to hide what he is. He won’t risk anyone else, especially the woman he loves.

But Lissa is back. Their attraction is stronger than ever and Lissa is nothing if not tenacious. 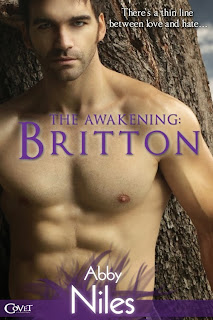 "I would lick that man up one side and down the other."

Half-shifter and lead SPAC agent, Val Calhoun, has listened to women gush over the Don Juan of the precinct for the last four years. Yeah, Detective Britton Townsend is hot and has stunning blue eyes, but that foul mouth he saves only for her? What a waste of good looks. And no way does Val want that mouth anywhere near hers.

When the shifter community is threatened, Val is assigned to the case…and fails. So the High Council turns to the rogue shifter they'd sentenced to twenty years as a human--that same obnoxiously sexy Detective Townsend. And sends the two arch-enemies deep into the North Carolina Mountains-—together, and alone.

Being stuck in a tiny honeymoon cabin with Miss Castration and only one bed is definitely not Britton's idea of a good time. But the High Council doesn’t take no for an answer. After his shifter abilities are restored, Brit is once again susceptible to the dreaded, irreversible bonding instinct, the Drall. Thankfully, all he’s ever felt for Val is intense loathing, no reason to worry. Right? All he has to do is solve this case pronto, and he can go back to his footloose Casanova ways. That is, if they don’t kill each other first. Or worse...fall in love.


Missed the first book in the Awakening series? While these books stand alone, it can be fun to go back and see how the other couple got together. And in celebration of book #3's release, book one, The Awakening: Aidan is on sale for just $0.99 as well, so grab it while you can! 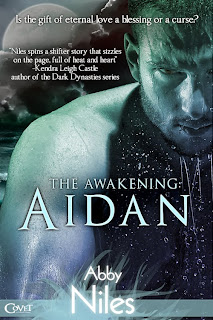 Is the gift of eternal love a blessing or a curse? After years of counseling grieving shifters, psychiatrist and half-shifter, Dr. Jaylin Avgar has become jaded on shifter mating. She wants to marry a human and forget about the love for eternity crap. Then she meets Aidan O’Connell, an infuriatingly laid back shifter who represents everything she doesn’t want. Yet, the more he pursues her, the more she craves a future with him. Only one thing stands in her way: death. Can she overcome her fear of losing Aidan to the one guarantee in life? Millionaire consultant, Aidan O’Connell knows he’ll one day meet a woman who’ll awaken an unrelenting mating instinct. Unfortunately, that woman is Jaylin, who has no qualms about telling him that he and his so-called eternity can shove it. When she pushes him away, he takes a drastic step so she can no longer escape. The close proximity throws the instinct into overdrive. Can he control the need engrained in him until he’s certain she will reciprocate the bond, or will a moment of weakness doom him to hell on earth? 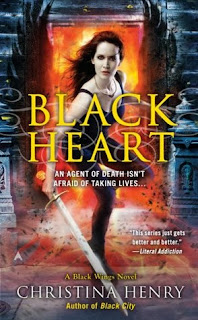 
As a former Agent of Death, Madeline Black is no stranger to witnessing violent ends. But being the one to cause them is an entirely different story…

Despite her having saved Chicago from a vampire invasion, the Agency wants to get Maddy off their payroll—permanently. With the deadly Retrievers hot on her trail, she has no choice but to trust Nathaniel to port her to safety. But even the exotic and dangerous world that she winds up in is not as peaceful as she would have hoped. Caught in a turf war between a group of fae and a disturbingly familiar foe, Maddy soon discovers that the twisted plots of her grandfather, Lucifer, and his brothers extend even into this unknown realm.

Now, with enemies gathering on all sides, Maddy’s fate is looking darker than ever. And to protect her unborn son from her adversaries, she may have to tap into a power she hoped never to access…


BLACK HEART was not my favorite Black Wings Series installment. I still love the characters, the story line still keeps me reading but there just felt like something was missing in BLACK HEART. Maybe it was the absence of Maddy's allies? The absence of Beezle's comic relief?  The way that a big majority took place on an unknown planet with Maddy pretty much by herself? I don't know. It was just missing something and by the time I felt like I was finally getting into everything again the book was over.

Is it just me or does this pregnancy feel like it is going WAY too slow? I guess we get a little bump in BLACK HEART but with all the stuff that has happened you would think more time has passed. How many books is she going to be pregnant for? I must say I really liked the introduction of Daharan, Lucifer's oldest brother and Maddy's Uncle. I loved how he protected her and was by her side when she needed him unlike others that will not be named. I also liked that no matter how scared other people were of him that Maddy wasn't and he didn't try to scare her. I just know I will continue liking him in future books. I still don't know how I feel about Nathaniel. I start liking him and then I'm reminded what he was like in the beginning or how Maddy is pregnant with Gabriel's baby. I just can't wrap my head around him or their relationship yet. Maybe in book 7.

A huge battle is brewing and with Maddy still pretty much in hiding and dodging trouble at every turn I am not sure how long it will take for us to get there. I'm not sure Maddy can continue going at the pace she has been, I mean really she is pregnant how is she still fighting like she is? Many questions, need answers,  how can I not read more!