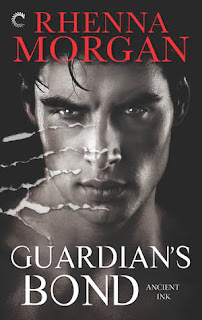 For decades, he’s been alone.
Now, she’s here. His fated mate.
His to win. To protect.
To provide for and pleasure.

Priest Rahandras has lived with the darkness trapped inside himself for years. Betrayed by his own brother and forced to watch his clan’s brutal annihilation, the only thing Priest wants more than to escape the curse that haunts him—as both man and beast—is to rebuild.

Until the mate he’s longed for walks into his life with an elder from his past. She’s everything he’s wished for, and the key to the clan’s very survival.

Kateri Falsen is a woman of logic and facts. While Priest’s cat can sense her arousal, telling her they’re fated won’t be enough. He’ll have to show her his love: with his words, with his actions, and with his body.

Protecting Kateri from the evil trapped inside him is paramount. But when lost clan members are systematically murdered, he’ll have to choose between exposing his mate to his black magic, or risking her as the next victim.


I was pleasantly surprised by how much I enjoyed GUARDIAN'S BOND.

Priest has finally found his mate, but she knows nothing of the clan ways so he has his work cut out for him to win her heart. I liked Priest. He has a lot of life experience and seemed to have a pretty level head. He is very protective of those he considers part of his family. Kateri doesn't believe in anything that doesn't make sense and Priest and the way she feels about him doesn't make sense. Katy didn't grow up knowing about the clan world. On top of that, her father hated who he was, so he pushed his 'logic and fact' life on her from an early age and she is having a really hard time finding a way to let that go. Katy was very stubborn and I wanted to just squeeze some sense in her a few times, but I understood where she was coming from and I had a hard time holding her stubbornness against her. I was very frustrated with her though at quite a few moments.

The romance was slow, but burned bright. I enjoyed watching the characters learn each other. The world was interesting and I enjoyed the pace at which information was given out. The characters are easy to like and learn about. Priest and Kateri's relationship is a big part of the story, but so are all the characters and the journey they are on.

New mates are introduced at the end of GUARDIAN'S BOND and it once again deals with a character that grew up knowing about the world and one who didn't believe in it, so I'm sure book two will be just as interesting. I look forward to reading more.