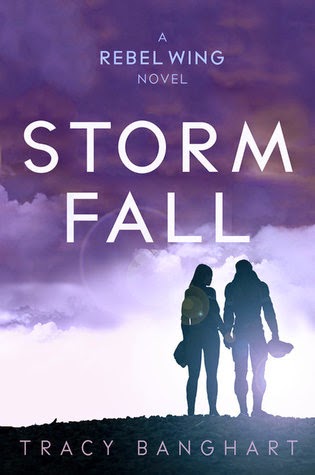 
In the action-packed sequel to Rebel Wing, Aris battles for life and love . . . and not everyone will survive.

Aris Haan gave up everything to join the Atalantan Military: her family, her boyfriend, even her identity. In the end, though, it didn’t matter that she was a war hero. When the all-male Military discovered that she was actually a woman, she was sent home and erased from history.

Now she has a chance to go back to the battlefield—as herself. But as hard as it was to be a soldier in disguise, it’s even more difficult now. The men in her unit undermine her at every turn. The Safaran army has spies everywhere, perhaps even on Aris’s stationpoint. And she’s falling for her mysterious superior officer, Milek. But their relationship is forbidden, just stolen moments between training sessions and missions. There’s no room for love in war.

Then Aris discovers that Safara’s leaders have set their sights on her, Atalanta’s hero. And she must find them before they find her . .


I am really glad that I didn't have to wait very long after I read REBEL WING to get my hands on STORM FALL. There isn't a giant cliff hanger or anything, but things weren't left where I wanted them to be and I NEEDED to know what happened next. I now do and it was great to be able to read about it while events from book one were still somewhat fresh in my head.

STORM FALL starts a few months after the ending of REBEL WING. Aris no longer feels at home in her town and shes struggling with her fears of flying again and what she should do with the life she finds herself now leading. A couple things happen and she decides she does want to be in the Atalantan military again, so she heads back in. She knew there would be struggles but things are even harder than she thought they would be. I think she was able to handle things pretty well considering and I enjoyed watching her navigate her new role as herself. The relationship between Milek and her is slow but strong. They do try to fight their feelings, but as we know love doesn't just turn off. I enjoyed watching them realize that. We actually get to see a lot of Calix. It was nice seeing Aris come to the conclusions she did and watch them navigate their new realities. There was a lot of action and plenty of iffy moments throughout STORM FALL.

I'm not even going to pretend, I can't WAIT to see how everything ends in book 3. I have enjoyed getting to know Aris throughout her journey and struggles. I think her and Milek fit together perfectly and really hope the author doesn't do anything crazy to them. I really enjoy the world and the changing politics involved in it. I'm very excited to see where the author will leave everything.