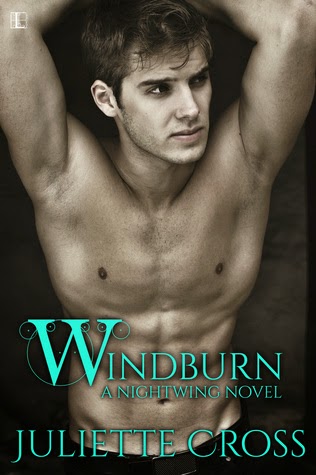 
No man can win her heart—until now…


The second book in the Nightwing series was a great continuation of the world we were introduced to in SOULFIRE.

I really liked both characters in WINDBURN. Sorcha is a sassy, confident and strong girl. Lorian is moody, protective and kinda stuck in his way of thinking. Together they are both stubborn, driven and hell bent on getting under each others skin, which made for a fun read waiting for them to finally give in and jump each other.

The stories in this series are really short and to the point. The author does a great job of giving us the necessary details in a short amount of time. The world is revealed a little more with each installment and the secondary characters end up being almost as important as the main characters because you just might see them in the next book. I am excited to see who gets to fall in love next.