UFI welcomes Author C.T. Adams. Thanks for Joining us!!

I love books.  I have always loved books.  My house is filled to overflowing with books, some of which I’ve had for years.  I have a Nook, but I find I don’t use it as much as I thought I would because I like the feel of a book in my hands, the smell.  Too, I like to read in the tub and you do not want to do that with electronics!

One of the most infuriating and sad things that happened to me was when, a couple of years ago, the water heater in my home went out flooding my garage.  I lost more than half of my book collection to flooding and mold.  Many of these books are now out of print, hard to find, and probably lost to me forever. 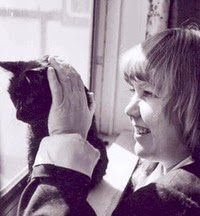 She spent seventeen years in the Denver metro area and now resides in Texas with a large dog and pet cats. Office work provided a living while she pursued the goal of becoming a novelist. Forming the partnership with Cathy Clamp was the catalyst that led to publication and the two have enjoyed a long and fruitful collaboration, with two series published within the Tor Paranormal Romance line: The Sazi, and the Kate Reilly/Thrall books. In addition they have authored stand-alone novels and participated in several anthologies. Working both as a team with Cathy and individually, Cie plans to be involved in writing novels for years to come. 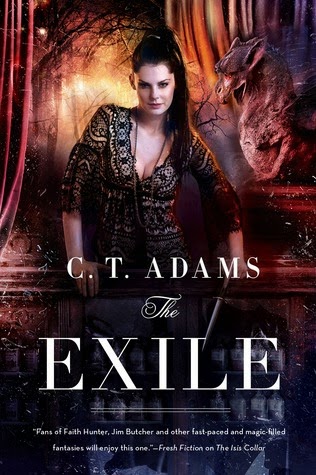 The Exile
The Fae #1


Brianna Hai runs an occult shop that sells useless trinkets to tourists—and real magic supplies to witches and warlocks. The magical painting that hangs in Brianna's apartment is the last portal between the fae and human worlds.

A shocking magical assault on her home reveals to Brianna that her father, High King Liu of the Fae, is under attack. With the help of her gargoyle, Pug, her friend David, and Angelo, a police detective who doesn't believe in magic, Brianna recovers what was stolen from her and becomes an unwilling potential heir to the throne.

A suspenseful urban fantasy with a hint of romance, The Exile is the first solo novel by C. T. Adams, who is half of USA Today bestselling author Cat Adams. Like the Cat Adams Blood Singer novels, The Exile is set in a world where magic is real and contains Adams's trademark blend of suspense, action, humor, and strongly emotional writing.

Brianna is half fae, half human and lives in the human world away from the politics of court. She isn't on the list of potential heirs to the thrown, but has had a few run ins with people trying to kill her anyways and she really doesn't get along with most fae, so she stays away from the Fae world. That is until someone decides to attack her home, which sends her into Fae to recover what was stolen from her. Even though she is careful not to break any rules, it draws her back into the politics she doesn't want to deal with and also puts her on the list of potential heirs even though she wants nothing to do with it.

I really enjoyed getting to know the world of The Fae series. I enjoyed the characters and I enjoyed the storyline. There was a wide array of different types of fae introduced and I liked learning about the political implications behind everything Brianna said and did. I am not a huge fan of switching POV's, so the constant switching between a lot of different people kinda bugged me and there were a few small scenes I didn't really 'get'. Those were not deal breakers though.

There is a LOT of hinting and romantic vibes going on between Brianna and Angelo, but nothing comes of it. Granted a LOT is going on, but I have a feeling that future books might have them together. Not sure why else the hints would have been included. Fingers crossed it isn't a dead end there. I think they would go well together.