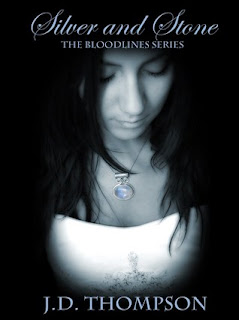 
Welcome to high school high society hell, where last season’s slingbacks can warrant a lunch table demotion, the wrong date will knock you off the it-list and behind every pair of oversized Chanel sunglasses lies a secret people are dying to keep.

A new found notoriety following a family scandal, her lacrosse star boy-friend dumping her for a former BFF and a string of perpetually bad hair days were among the many things going wrong in her already turbulent teenage life.

But when the haunting nightmares that have plagued her since childhood begin to take an eerily tangible form and several Holler Creek residents are reported missing, Alexis can’t help but wonder if there isn’t more to her hellish dreams than meets the eye.

The unexpected arrival of a mysterious and dangerously handsome new student ultimately leads Alexis to troubling truths that not even her wildest imagination could have conjured.


I had no issues getting into SILVER AND STONE. I liked the characters, I liked the storyline, I liked the setting and I liked the mystery surrounding everything. Alexis does NOT have it easy. I can not go into why because you don't find out until you get a good bit into the book and I do not want to spoil it but lets just say she is alone and outcast because of a tragedy that is not her fault at all. When Lucas shows up she starts to live again. She regains her confidence and her will to enjoy life. There is a small little problem though. Her nightmares are coming true, her life is about to be turned upside down again and Lucas is not who she thinks he is. Did I leave you hanging? That was my plan *evil grin* 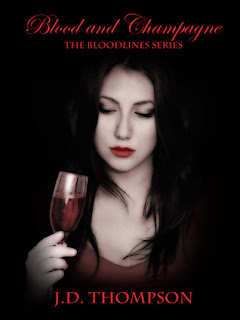 Who needs hell when you have high school?
In the second installment of the Bloodlines Series, Alexis is forced to come to terms with the truth behind her existence. As her troubling past comes back to haunt her, Alexis struggles between what she wants and what is right.
However, being a hellhound is only part of the problem; with dead students popping up around every street corner and increasing gaps in her memory, Alexis begins to put her own innocence into question.
A rift with Lucas only complicates matters further and Alexis finds herself forging new alliances that could change her destiny in more ways than one.


Alright, so I was lucky enough to be able to jump right into BLOOD AND CHAMPAGNE immediately after reading book 1. It starts right where SILVER AND STONE left off so I felt like I was just continuing the story. The flow was fantastic. The release of information was easy to follow and the characters were just as good as they were from the beginning. Alexis struggles to find out who she truly is and she is scared of what she is doing to Lucas so she ends up pushing him away to protect him which only makes things worse. There are some neat twists thrown in to further keep your heart pounding and then here comes the ending.

I so want to tell you to JUMP and start reading but then I also want to tell you to STOP and wait. Why you might be asking?!?! Well the cliffhanger SUCKS. I mean REALLY SUCKS. Like O.M.G. the author did NOT just do that. Even worse? There is no sign of when book 3 might be out and you are left very very hyped up wanting to know what the heck is happening and what will happen next. SO you will love this but you will hate this and there is no getting around it.