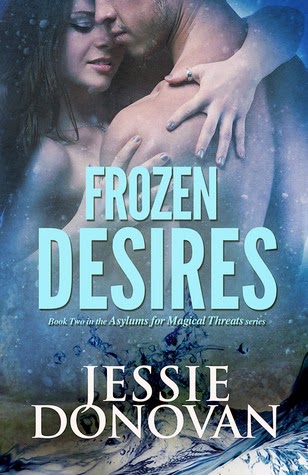 
Camilla Melini is a high-ranking soldier with an organization fighting to free elemental magic users. Her latest assignment is to find one of the legendary elemental Four Talents, and she’s determined to get in and out of Mexico as quickly as possible to avoid running into the man who nearly destroyed her life. But when the dangerous man from her past finds her, Cam must work with Marco Alvarez, a man she’d dismissed as a playboy, to prevent the the powerful magic of the Talents from falling into the wrong hands. She never expected the charming playboy to be a cunning warrior worthy of her heart...

Marco Alvarez is sent to Mexico with two goals—to watch Cam’s back and to investigate a series of arson fires targeting former AMT prison employees. But when a shadow-shifter shows up looking for Cam, Marco decides he needs to stick close to her to help her mission succeed. As he gets to know the strong-willed woman, he’s torn between telling her the truth of his elemental magic and keeping the others who share his secret safe. But when Cam sacrifices herself to save her colleagues, Marco must expose the secret of his elemental magic or risk losing the only woman who can match both his passion and his strength.


Book 2 in the Asylum for Magical Threats series features Camilla and Marco. Camilla is Kiarra's sister, we were introduced to both her and Marco in book 1.

Camilla is sent on a mission with her team to Mexico. She has no clue that Marco was sent to keep an eye on her and when she finds out she is anything but happy about it. Marco hides his real self behind a flirty, man whore attitude. He can't really get close to anyone because he holds secrets that can't get out. Cam threatens to break him though and he can't help but try and win her over. I have to say that Camilla and Marco ended up being pretty entertaining.  They bicker a lot but they are very attracted to each other, Marco is the chaser while Cam does everything to push him away. They end up growing close and when Camilla is taken by someone from her past, Marco does everything to get her back. I don't think either of them expected to fall so hard and fast for each other.

There is a secondary story that focuses on Millie (Jaxton's sister from book 1) and Giovanni (Kiarra and Camilla's brother). I don't see any mention of them having their own story so I assume their secondary story lines will continue in future books as well. There isn't enough yet for me to give an opinion on them. I know the background will be needed, it just isn't yet exciting enough for me.

So far I am really enjoying this series. The world is original and grabs your attention. We get a great story with each book that connects to that last but holds its own. I would suggest starting with book 1 so you don't miss out on the great world building that happens in BLAZE OF SECRETS. I see mention of two more books on Jessie's website.